Call for inquiry into use of outdated institutions 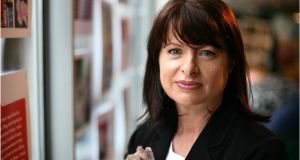 Chief commissioner of the Irish Human Rights and Equality Commission Emily Logan said the organisation wanted individuals to feel it was accessible to them. Photograph: Dara Mac Dónaill/The Irish Times

An advocacy group for people with disabilities has called on the Irish Human Rights and Equality Commission (IHREC) to conduct an inquiry into the continued use of outdated institutions.

Inclusion Ireland accused the commission on Tuesday of joning a list of State agencies who had “abandoned” those living in so-called congregated settings.

Paddy Connolly, chief executive of Inclusion Ireland, said more than 3,500 children and adults were living in outdated institutionalised settings, in which the Health Information and Quality Authority had identified “significant human rights breaches”.

“The lack of investment by the Government to move people from these institutions means that it could be 20 years before they are closed,” he said.

“As the statutory body tasked with protecting human rights, the IHREC should immediately use its powers of investigation and shine a light on the dark corners of these institutions and the continued failure of the Government to act.

“It looks like yet another State agency is destined to fail persons with a disability who have spent decades in institutions with no choice and no freedoms.”

In February 2015, Inclusion Ireland called on the commission to conduct such an inquiry following the revelations about abuse of residents in the Áras Attracta home in Mayo.

“IHREC may, through the legislation that governs them, conduct inquiries where there is evidence of a serious violation of human rights or equality, the matter is of grave public concern, and that it is in the circumstances necessary and appropriate so to do,” said the organisation.

To date, it had not received an official reply from the commission other than that the matter was under consideration.

Chief commissioner of the IHREC Emily Logan said that when a decision had been made, she would make it public.

“It’s something that is still under consideration. But the important thing is that we are going to be involved in the mechanism of oversight. We are pushing very specifically for the ratification of the Convention on the Rights of Persons with Disability and as part of that, intellectual disability is one of those strands.

“But it continues to be a live issue and we will be making a public comment about it in the near future.”

Ms Logan was speaking at the publication of the commission’s first strategy statement, which covers the period 2016-2018.