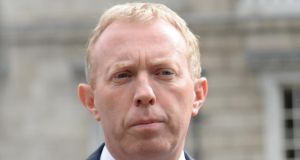 Opposition parties and NGOs have given broad support to the Government’s decision to accept 4,000 refugees into Ireland in the coming months.

Ireland is to accept at least 2,900 more refugees and migrants fleeing to Europe’s borders.

The increase coupled with existing commitments takes the total to about 4,000 with a series of reception and accommodation centres to be opened around the country over the coming weeks.

The decision was made at a special Cabinet meeting on Thursday to discuss arrangements for the arrival of several thousand refugees.

Fianna Fáil spokesman on European affairs, Timmy Dooley said the Government’s announcement had been “belated” and accused it of failing to engage with relevant NGOs at an earlier date.

“It took the public reaction to the appearance of a dead child on a beach to get them to kick into action. I think the outpouring of sympathy and concern from the public forced the Government into today’s announcement,” he said.

He gave a “cautious welcome” to the announcement that the Government had raised the total number of refugees and migrants it would accept to 4,000.

He accused the Government of engaging in a public relations exercise with no detail on where refugees would be housed or on services to meet their psychological, educational and health needs.

“None of this has been detailed because there has been no engagement with people who have expertise in this area,” he said.

Chief Executive of the Irish Refugee Council Sue Conlan said efforts need to be made at every reception and accommodation centre to integrate refugees.

“We welcome the programme on the face of it,” Ms Conlan said. “We just need to know what exactly is involved and who is engaged with it in order for us to understand does this really address the problem.”

Ms Conlan said the Government must ensure local authorities and communities are brought on board to support integration.

“How are they going to accommodate people and then move them on? If their refugee status is fast-tracked, then move them on to what and where, and are they in discussions with local authorities and communities?” she said.

Executive Director of Trócaire Eamonn Meehan welcomed the decision as a “positive step” as the Government has previously pledged to take in hundreds.

“We are only now realising the full extent of the crisis and it is important that Ireland’s response meets its severity and scale. It is heartening to see that priority will be given to unaccompanied minors and that family reunification will be supported,” he said.

Mr Meehan said it will be important that the refugees are fully integrated into society and the Government will develop and implement a transparent and accelerated process of relocation and resettlement.

“The scenes we have seen in Europe over recent weeks and months should remind European leaders of the urgent need to stop the war in Syria. Ireland needs to take a lead within the EU to make ending the conflict a priority and can play a strong role by pushing for renewed peace efforts at a European levels.”