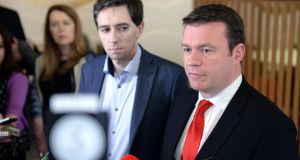 Developers should not expect “massive profits” from housing anymore, and some need to lower their expectations, Minister for the Environment Alan Kelly has said.

A different type of developer was needed – one that thought long-term and was willing to invest in social and affordable rental housing, as well as in homes for sale.

Speaking to The Irish Times, the Minister also said a Labour Party environment minister was best to ensure social housing was delivered over the coming five years.

He called for a “total change in thinking about housing”, saying the economy’s reliance on the housing market during the Celtic Tiger was a “false economy”.

“We can never go back to that. What we need is the balance. Housing needs to meet the requirements of the State rather than be an economy in itself . . . I don’t believe the market controls everything,” he said.

“I am not one of those politicians. I am very much a person who believes in Keynesian economics. The market has its place but you have to ensure the market is fairly managed.”

While builders and developers would not return to housing until it was profitable, they had to think differently.

“There probably aren’t enough developers in Ireland anymore. And then you have some with unbelievable expectations . . . Also, they have to change their model on how they think they are going to fund projects, in relation to what profits they believe they are going to get over periods of time.”

He was “determined” planning would be tightly managed but conceded meeting housing demand as the economy grew was a serious challenge. “I am completely determined we won’t build in places where we don’t have the infrastructure, and we won’t build houses in place were we don’t have the requirement, population-wise, into the future. So you see the concentration on Dublin, Cork, Limerick, to a lesser extent on the conurbations around Dublin, Cork, Waterford, Limerick and Galway. ”

“So there’s a decision to announce X amount of jobs in Galway. Then another announcement. Then another. Next thing all of a sudden we’re planning for the fact we are going to have X thousand more people living there. But it’ll take time to get the houses to meet that. And we have to make sure we don’t make the mistakes of the past and building in places we don’t need them.”

Welcoming the fall in the number of rough sleepers in Dublin, he said there were “still too many” homeless individuals and families.

He had had to fight at Cabinet for funding for the Social Housing Strategy 2020, which aims to deliver 35,000 new units of social housing over its six years. “It has always been Labour ministers who have put in the biggest investment programmes in the history of the State. Always.”

4 Covid-19 vaccines: HSE advises GPs of potential shortfall of up to 15% in supply this week