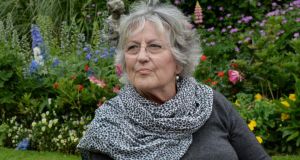 A very unhealthy censorship of freedom of expression on university campuses is spreading like a contagion across the UK, imported from the US, and is now starting to affect Ireland. The overall idea is to protect students from exposure to ideas and arguments they might find disturbing. This philosophy is the polar opposite of what is appropriate in third-level education. Theis phenomenon is analysed by Greg Lukianoff and Jonathan Haidt in the Atlantic (September 2015), who conclude, among other things, that this extreme coddling of the student mind is gravely psychologically damaging to students. It also presents a grave threat to scholarship in all fields and must be rejected.

This new movement attempts to cleanse campuses of words, ideas and subjects that might discomfort or offend the students. It includes a range of policies and actions, including: vetting the opinions of visiting speakers on campus and calling on university authorities to ban some speakers; requiring professors to issue “trigger warnings”, alerts about things in a course that might elicit strong emotions; banning listed “micro-aggressions”, that is, small, apparently harmless actions that nevertheless can be interpreted as a kind of violence; the provision of “safe spaces” on campus where students are guaranteed not to be exposed to offensive comments; and so on.

An American example of a trigger warning is alerting students that F Scott Fitzgerald’s novel The Great Gatsby portrays misogyny and physical abuse so that students who had been exposed to domestic violence could avoid this work lest it trigger a recurrence of past trauma. An example of micro-aggression on a US campus is asking a student of obvious Asian ethnicity, “Where were you born?” Such a question might make the student feel less than fully American.

In their article in the Atlantic, Lukianoff and Haidt point out that this development is not simply a resurgence of political correctness (although in part it is) but is mainly about emotional wellbeing. It assumes that college students have extremely fragile psyches that must be protected, and anyone who interferes with that aim should be punished. A culture is created whereby everyone must constantly monitor what they say for fear they will be charged with insensitivity, aggression or worse.

To be shielded from everything that might disturb you is completely at odds with basic psychology, which tells us that it is wrong to treat people with anxiety disorders by helping them avoid the things they fear. The correct way to treat anxiety is to confront the fears that trigger the anxiety. Avoiding these fears fosters increased anxiety and depression, and this will be the unintended outcome of this new movement on campus.

The proper goal of university education has always been to teach students to think critically by weighing the evidence and questioning their own unexamined beliefs and the received wisdom of those around them. This process is often uncomfortable because it involves considering arguments with which you come to strongly disagree and even to find offensive, but it produces a critical, resilient and civilised mind. As Aristotle said: “It is the mark of an educated mind to be able to entertain a thought without accepting it.”

Given its head, this new campus movement would produce extremely thin-skinned graduates, completely ill-equipped to deal with the rough and tumble of the ordinary outside world. After all, being offended occasionally is a natural part of living in a liberal society. Not to mention the small matter that this movement is inimical to scholarship in every field. Why do academics and university authorities allow this blatant intolerant nonsense to flourish in our universities?