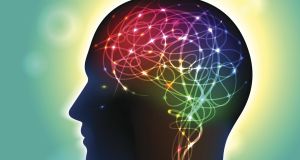 The probiotic has potential use as a way to reduce mild forms of anxiety and stress, say the researchers, based at the APC Microbiome Institute at University College Cork. Photograph: Stockphoto/Getty Images

Scientists in Cork have discovered a live bacteria probiotic that can reduce stress and improve mental function and memory in humans.

The probiotic has potential use as a way to reduce mild forms of anxiety and stress, say the researchers, based at the APC Microbiome Institute at University College Cork.

Details of the work were presented on Sunday in Chicago at Neuroscience 2015, the annual meeting of the Society for Neuroscience. The research was led by Prof John Cryan and Ted Dinan at the institute and presented in Chicago by Dr Gerard Clarke.

The bacterium, Bifidobacterium longum 1714, was one of many bacteria retrieved and cultured from a variety of human sources and held at the institute. Many probiotic bacteria offering health benefits come from the nappies of babies, said Prof Dinan.

They decided to carry this forward into humans, setting up a trial with 22 healthy male volunteers. They received probiotic and placebo but didn’t know which was which.

Subjectively the subjects reported a reduction in their perceived daily stress levels. Objective measurements were also taken of their cortisol stress hormone levels and these were reduced when receiving the probiotic, he said.

“There was a statistically significant improvement in cognitive function, particularly memory,” he said.

They also mapped the subjects’ brains using an electroencephalogram and found that the probiotic actually modified brain activity. “These findings could be taken forward into people with psychological disorders related to stress, such as generalised anxiety disorder or major depression,” said lead author Dr Andrew Allen of the institute.

“This was one of the few studies where we have managed to find in humans exactly what we found in animals,” Prof Dinan said.