Theories on monogamy tend to be promiscuous 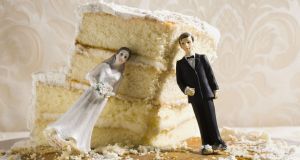 Two big studies were published exploring the origins of monogamy in mammals.

Scientists who study the evolutionary origins of monogamy in animals are coming up with conflicting theories. Things get even more complicated when the origin of monogamy in humans is considered because, unlike animals, humans have culture, which changes things a lot.

My Collins English dictionary defines monogamy as “the practice of having only one husband or wife over a period of time”. Polygamy is “the practice of having more than one husband or wife at the same time”. Two big studies were published exploring the origins of monogamy in mammals, which these researchers define as males and females living in breeding pairs (this does not necessarily mean each animal is always faithful).

One study, authored by zoologists from the University of Cambridge Dieter Lukas and Tim Clutton-Brock, was published in Science on August 2nd; the other, by a group led by Kit Opie of University College London, was published on July 29th in the Proceedings of the National Academy of Sciences.

Birds are quite socially monogamous – 92 per cent stay with a mate for at least a mating season – but monogamy is relatively rare in mammals. This is because both male and female birds can carry out parenting duties such as incubating eggs and feeding chicks, whereas male mammals cannot help gestate or breastfeed.

The Cambridge study collected information on more than 2,500 species of mammals, whereas the UCL study concentrated specifically on primates. The Cambridge study concluded that monogamy evolved independently 61 times in mammals and, in almost all cases, when females lived separated far from each other. The researchers concluded that, under these circumstances, males would have difficulty mating with multiple females, and they would fare better by sticking with a single female and guarding her against advances from other males. Such “one-woman” males would produce more offspring than males who attempted to spread themselves about and, consequently, genes predisposing for monogamy would accumulate in the species.

The risk of infanticide
On the contrary, the UCL group concluded that the stimulus for the evolution of monogamy in primates was the high risk of infanticide by males. It is noted today that infanticide rates are very low in monogamous primates, and higher in non-monogamous primates. Males in non-monogamous species may benefit by killing babies sired by rival males. They have no interest in investing resources in fostering rivals’ offspring; also, losing a baby forces the mother to enter her fertile period sooner. Monogamy evolved, the UCL researchers propose, as a counter strategy among males who stayed close to their mates and offspring to defend them.

The Cambridge and UCL researchers are talking to each other but there is much to resolve. The Cambridge group found no evidence that infanticide drove the evolution of monogamy in primates, and the UCL group claims monogamy arose in primates before females moved into separate discrete territories.

The two groups disagree over the implications of their research for human evolution. The UCL team says human monogamy evolved to minimise the threat of infanticide. The Cambridge team says its own results have little bearing on humans because humans evolved from ancestors that lived in social groups, so their theory on monogamy and females living far apart doesn’t apply.

Indeed the Cambridge group wonders whether humans ever evolved monogamy at all, because in many traditional societies one man may take several wives. According to George P Murdock’s Ethnographic Atlas (University of Pittsburgh Press, 1969), among 1,231 societies around the world, 186 are monogamous, 453 are occasionally polygamist, 588 are frequently polygamist and four practise polyandry (married to more than one husband).

However, the actual practice of polygamy in a tolerant society may be low. In many monogamous societies the divorce rate approaches 50 per cent, and
re-marriage is common. In reality, these “monogamous societies” practise serial monogamy, a form of plural mating.

William Reville is an emeritus professor of biochemistry and public awareness
of science officer at UCC. Visit
understandingscience.ucc.ie