Inherited variants have potential to knock three years off your life 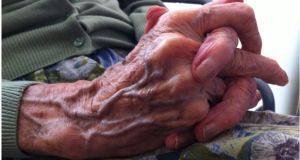 Research published in the journal Nature Communications shows if you have one or two certain gene variants life expectancy reduces by between one and two years.

Scientists have discovered genes that can knock one to three years off your lifespan. These gene variants are also very common with two thirds of us carrying at least one of the two gene changes.

This gloomy news comes from researchers at the University of Edinburgh and is published this morning in the journal Nature Communications.

The variants were found on two separate parts of the genome and are passed on from parent to child.

If you have one of the variants life expectancy reduces by about a year. If you are unlucky enough to inherit both variants from both parents then lifespan on average declines by a full three years, the scientists found.

Unfortunately having both is not a million to one chance. Three in 1,000 people inherit both variants and so are genetically geared to having a somewhat shorter life.

Dr Peter Joshi of the university’s Usher Institute of Population Health Sciences and Informatics was at pains to be reassuring however.

Although the effect of the variant is “surprisingly large” having these genes was only part of the story.

“Lifestyle has the greatest impact on how long we live and that is under our control,” he said.

The scientists are highly confident about their results given they analysed genetic material from 152,000 people to make these findings.

The volunteers are participants in the UK Biobank Study, a long term Medical Research Council funded study recording the health of half a million individuals, Dr Joshi said.

He and colleagues including Dr Jim Wilson at Usher used computers to compare genetic material, looking for gene changes from the norm that might signal a shortened life.

“We scanned the whole of the genome to find what parts affected lifespan,” he said.

“We looked in particular at two regions already known to be associated with killer diseases,” including one gene cluster linked to Alzheimer’s disease and high cholesterol and another with lung problems and nicotine dependence.

They have identified two life-shortening variants and expect to find more. “These discoveries are the tip of the iceberg,” Dr Wilson said.

The team is also on the prowl for genes that can prolong life, Dr Joshi added.

“We hope to find genes that are life lengthening so we can try and understand their biological response.”

1 DUP pleads with UK to reduce salary threshold for migrant workers coming to North
2 A Russian cruiser with ‘cannibal rats’: What other ‘ghost ships’ could be out there?
3 ‘If all the immigrants go back, who will work in the meat factories and do the crap jobs?’
4 Jewish council dismayed at Sinn Féin TD’s ‘unacceptable’ tweets
5 Miriam Lord: Photo-ops give way for occasional talks
Real news has value SUBSCRIBE