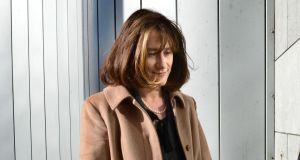 The pathologist who performed the autopsy on Savita Halappanavar has been

giving evidence at her inquest in Galway today.

Prof Callagy said the most common source of infection in such situation was one ascending up the genital tract. There was no other focus of infection. Multiple swabs had been taken from Ms Halappanavar which showed she had E Coli infection in her rectum. It was most likely that the organism may have originated in the rectum and then ascended the genital tract from the uterus.

For this to happen, the membranes would have to rupture, she told coroner Dr Ciaran MacLoughlin.

Savita Halappanavar's husband Praveen is not attending today's seventh day of the inquest into her death.

His solicitor, Gerard O'Donnell, said Mr Halappanavar would find the postmortem results very upsetting and had decided not to attend today.

However, he will return to the inquest tomorrow, when a verdict is expected to be delivered.

Mr O'Donnell said yesterday's evidence, which included a pathologist's report on the couple's dead foetus, was very tough for Mr Halappanavar and was taking a toll on him.

He said he expected Mr Halappanavar's barristers would make some observations before coroner Dr Ciaran MacLoughlin charged the jury.

The inquest will resume tomorrow morning.