Final communique does not even mention Assad’s name 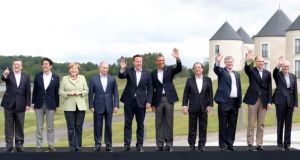 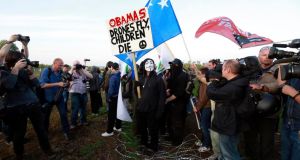 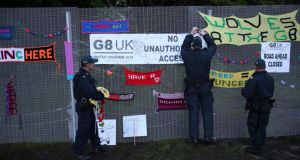 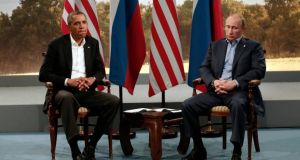 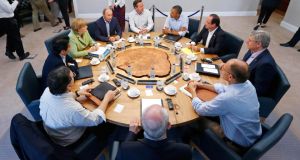 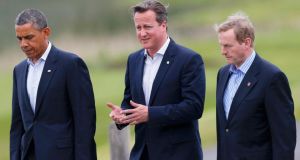 Russia’s Vladimir Putin derailed Barack Obama’s efforts to win backing for the downfall of Syrian leader Bashar al-Assad at a G8 summit today, warning the West that arms supplied to the rebels could be used for attacks on European soil.

After two days of intense talks that fell far short of what Mr Obama and British prime minister David Cameron had been hoping for, Mr Putin fumed against Western moves to supply weapons to rebels while defending his own supplies of arms for Assad.

Mr Putin, isolated at the summit, repeatedly clashed with other leaders over the fate of Assad and resisted pressure to agree to anything that would imply Assad should step down.

In the end, a G8 communique did not even mention Assad’s name. The summit in a secluded golf resort in Co Fermanagh ended with G8 leaders calling for peace talks to be held as soon as possible to resolve the Syrian civil war.

This has broadly been their position for months. No date was mentioned for a peace conference called by Moscow and Washington, which was supposed to take place next month but now appears to be on hold, after the United States announced last week that it would arm the rebels.

A source at the summit said the peace conference would now be put off at least until August. Mr Putin struck a defiant tone: he hinted that Mr Obama had tried to isolate Russia, that other leaders were divided, and that plans to send arms to Syrian rebels could lead to murders such as that of a British soldier on a busy London street last month.

On the issue corporate tax evasion, G8 nations agreed a pact to crack down on tax havens and stop multi-national companies shifting profits around the world to avoid paying their fair share.

Mr Cameron said that the agreement secured at the Lough Erne had the potential to “rewrite the rules” on tax and transparency.

The Lough Erne Declaration — signed by the UK, US, Germany, France, Italy, Canada, Japan and Russia — promises to “fight the scourge of tax evasion” by ensuring automatic exchange of tax information and forcing companies to reveal the identities of their ultimate owners.

To tackle corruption linked to the trade in resources like oil, gas and minerals in the developing world, extractive industries and governments should publish details of what money changes hands, the agreement said.

Development charities and anti-poverty campaigners welcomed the action to open up tax havens and enforce openness on extractive industry contracts, but said that the agreement did not go far enough for poor countries to reap the full benefits.

Speaking at a press conference at the conclusion of the summit, Mr Cameron said that today’s agreement “has the potential to rewrite the rules on tax and transparency for the benefit of countries right across the world, including the poorest countries in the world”. New mechanisms to ensure that multinational companies pay taxes in the countries where they earn their profits will allow the authorities to “track and expose those who aren’t paying their fair share” and ensure that “we get proper tax payment and proper tax justice in our world”, he said.

But the 10-point document, released after two days of talks at Lough Erne, falls short of the demands of anti-poverty campaigners, who want the developing world included in the new arrangements from the start and have called for tax information to be made available to all on public registers.

The declaration says only that developing countries “should have the information and capacity to collect the taxes owed them”, rather than guaranteeing them automatic access to the information.

1. Tax authorities across the world should automatically share information to fight the scourge of tax evasion.

2. Countries should change rules that let companies shift their profits across borders to avoid taxes, and multinationals should report to tax authorities what tax they pay where.

3. Companies should know who really owns them and tax collectors and law enforcers should be able to obtain this information easily

4. Developing counties should have the information and capacity to collect the taxes owed them - and other countries have a duty to help them.

5. Extractive companies should report payments to all governments - and governments should publish income from such companies.

6. Minerals should be sourced legitimately, not plundered from conflict zones.

7. Land transactions should be transparent, respecting the property rights of local communities.

8. Governments should roll back protectionism and agree new trade deals that boost jobs and growth worldwide.

9. Governments should cut wasteful bureaucracy at borders and make it easier and quicker to move goods between developing countries.

10. Governments should publish information on laws, budgets, spending, national statistics, elections and government contracts in a way that is easy to read and re-use, so that citizens can hold them to account.