Rise in visitor numbers attributed to The Gathering 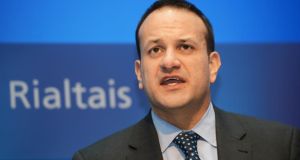 Minister for Transport, Tourism and Sport Leo Varadkar: “These figures suggest that the Gathering has got off to a strong start.”

A Behaviour & Attitudes survey, commissioned by Fáilte Ireland, shows an increase of 37 per cent on the 103,000 overseas visitors over a comparable 2010 study.

The figures have been welcomed by Minister for Transport, Tourism and Sport Leo Varadkar.

“These figures suggest that the Gathering has got off to a strong start. This year’s extended St Patrick’s Day festival was one of the key events for the Gathering, and the 40 per cent increase in overseas visitors is particularly encouraging.

“Given that the New Year’s Eve festival also showed a marked increase in overseas visitors, the signs are that the Gathering is going well.”

The research also suggests that visitors are spending significantly more. The average expenditure is now €696 per visitor compared to €416 three years ago. This is in part attributed to more arriving from higher-spending markets and staying in paid accommodation.

Separate figures provided by the Central Statistics Office also point to a rise in tourist numbers. Visitor numbers to the Republic increased 7.4 per cent in the first quarter of 2013, the highest such total since 2009.

Numbers from the US and Canada rose by almost 17 per cent to 168,800, while the number of trips made by other EU nationals, excluding those from Britain, increased 13 per cent to 444,000.