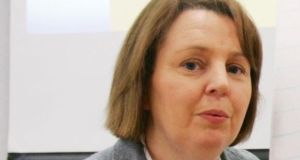 Jillian van Turnhout has been asked to provide a clear assessment of the adequacy of Scouting Ireland’s governance arrangements. File photograph: The Irish Times

Ms Zappone informed the Dáil that “I have asked Jillian van Turnhout as an independent expert to examine this situation over the coming weeks”.

She said: “In accordance with her terms of reference she is being asked to provide me with a clear assessment of the adequacy of Scouting Ireland’s governance arrangements and to advise me on whether I can be assured about scouting Ireland governance and related matters.”

Ms van Turnhout, a former chief executive of the Children’s Rights Alliance and former chief commissioner of Irish Girl Guides, was appointed in the last few days, the Minister said.

She will work with the Minister to ensure the pledged reforms by Scouting Ireland of their governance process “are in the best interests” of the organisation.

This follows the controversy over the handling by senior members of the organisation of a rape complaint in 2016. Four senior volunteers have temporarily stood aside after they were criticised in a confidential review by child protection expert Ian Elliott.

Mr Elliott’s review led to the establishment of a barrister-led inquiry of the handling of the complaint, in which an adult volunteer in 2016 claimed she was raped by a male leader on a camping trip in 2009.

Ms Zappone said Scouting Ireland had pledged to implement all the recommendations of Mr Elliott’s report but “a lot of work” and action had to be completed and Ms van Turnhout will keep her informed about that implementation in the coming weeks.

Labour’s Sean Sherlock asked if the Minister had full confidence in the process underway in Scouting Ireland and in relation to historical cases, following reports that a file had been sent to the Director of Public Prosecutions (DPP) over an alleged case of child sexual abuse during a scout camping trip in 2014, at Larch Hill, south Co Dublin by an active male leader in the organisation.

Mr Sherlock asked if there was “only one sample cases or are there other further complaints”.

Ms Zappone said that all her actions were guided by her “deep respect” for the volunteer ethos of the organisation.

She said she had funded Scouting Ireland until the end of June. They had received €430,000 this year in State funding. “Scouting Ireland have informed me that they have reserves,” she said.

But Ms Zappone said when she is assured “that I can accept their governance, at that point I will restore their funding”.

She said she had not seen Mr Elliott’s report and expected to receive his review with the inquiry report, which is due at the end of May. She said it would be useful if the report was published, but usually legal advice was necessary for this.