Water charges are yet another austerity tax 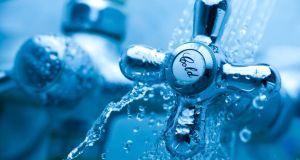 Water charges have emerged as a key issue on the doorsteps in these elections. People are very angry now, but are going to hit the roof when many families find their actual water charges will be much higher than the average €240 a year touted by Fine Gael and Labour.

Minister for the Environment Phil Hogan has said the average family using 140,000 litres of water per year will pay €240 after a free allocation of 30,000 litres. It is estimated that the average person uses 51,000 litres a year. On these figures a family with two children over 18 living at home will pay at least €350.

It is also inevitable that the price charged by Irish Water will rise after 2016.

The phoney war between Labour and Fine Gael was a public relations exercise that fooled nobody. The real concern of the Labour Party was with the hammering it is going to get in these elections.

None of the information on the measures to help older people, or those on welfare or with large families can be relied on. The regulator will set the charge and any measures to help those on low incomes in the autumn. The Government can only make recommendations.

‘Free supply’
The reality is that water charges are yet another austerity tax.

The Government has set a target for Irish Water to raise €500 million in 2015. This means if some people pay less, others will pay more. The “free supply” will be paid for by a higher charge for metered water. In other words, you will pay for it.

As well as rising charges, the other inevitability after the establishment of Irish Water and the introduction of charges is privatisation.

Once the supply of water stops being a public service paid for by taxation it becomes a commercial transaction between the supplier and the customer.

Those of us who opposed the bin charges on this basis have been proven correct despite assurances given that privatisation was not on the agenda.

Last week Irish Water announced its proposed capital investment programme. Out of a total of €1.77 billion to be spent in 2015 and 2016, only €150 million is to be spent on fixing leaking pipes. This is just €10 million more than it has spent on consultants, mainly to devise a billing system.

The ambition of Irish Water is to reduce leakage by 50 per cent. At best, some time in the future 20 per cent of expensively treated water will still go down the drain.

Meanwhile, €150 million will have a minimum affect on the 40 per cent of treated water being lost through leaks. This fact alone makes a mockery of the argument that water charges are a necessary measure to conserve water.

If the Government was serious about conserving water it would use the €1 billion being spent on meters to fix pipes.

Property tax
The issue of water charges is a key one in these elections. Coming on top of the property tax and over €30 billion of austerity, it is the straw that could break the camel’s back as far as this Government is concerned. People have had enough.

In the past few months we have seen local communities organise to stop the installation of water meters in some areas. I fully support communities which organise in whatever way they can to show their opposition to being made paid for a crisis not of their making.

I believe these protests will escalate as the water metering programme continues. This raises the question: can a mass movement of opposition to water charges be developed and successful in stopping them?

It will be more difficult to achieve this after the defeat of the very significant movement against the household charge and the property tax.

It should not be forgotten that the level of opposition and mass non-payment forced the Government to move the responsibility for collection from the local authorities to the Revenue Commissioners.

Irish Water will not have the draconian powers which the Government gave to the Revenue Commissioners to break the opposition to the property tax. While the threat is there to reduce water supply to a trickle for those who don’t pay, I believe there will be substantial non-payment.

The last word has yet to be spoken, not just on the water tax but on austerity in general.

Joan Collins is a United Left TD for the Dublin South Central constituency.