TDs and Senators made 220 representations to Revenue for constituents 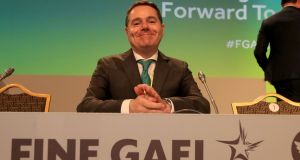 TDs and Senators made a total of 227 representations to the Revenue Commissioners including the Taoiseach, the Tánaiste and Minister for Finance Paschal Donohoe in 2018.

The Minister and TD for Dublin Central made 11 representations to Revenue last year, the second highest in the list and the most representations among his cabinet colleagues.

In a statement, Mr Donohoe said: “In my role as a local public representative I am simply passing on queries I receive to the Revenue Commissioners, whilst always respecting their statutory independence.”

Fianna Fáil TD for Cork North-West Aindrias Moynihan made the most number of representations with a total of 18 last year, figures from a freedom-of-information request reveal.

Mr Moynihan said the representations “are part of the normal everyday work of public representatives”.

“I receive a lot of queries to my offices from constituents looking for help dealing with the Revenue. This could be anything from tax clearance, tax credits and local property certificates. I have two busy offices in Ballincollig and Macroom so we deal with a large range of queries because of the number of constituents,” he said.

“You may have elderly people or people with poor literacy who may need more help with bureaucracy. A lot of people’s dealings with Revenue has to be done online too so that can lead to more difficulties,” he said.

Taoiseach Leo Varadkar made four representations on behalf of his constituents in Dublin West while Tánaiste Simon Coveney made one representation.

Fianna Fáil leader Micheál Martin made one representation on behalf of a constituent in Cork South-Central.