No public official to face sanction 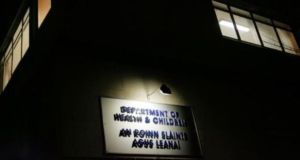 A Comptroller and Auditor General report said that over €4 million was paid into the account between 2002 and 2009 by a range of State bodies including the Department of Health. Photograph: Bryan O’Brien/The Irish Times

Siptu has said it demoted a senior official by one grade arising from the controversy over how more than €4 million in public money ended up in an unauthorised bank account controlled by two individuals associated with the trade union.

The hearing centred on a report by the Comptroller and Auditor General which found that more than €4 million in funding from a variety of State bodies, mainly in the health sector, was paid into an account known as the Siptu national health and local authority levy fund, This account was established in 1998 by senior Siptu official Matt Merrigan and Jack Kelly, a member of Siptu’s national executive.

The comptroller found that about €600,000 paid into the account had been spent on dozens of foreign trips undertaken by trade union officials, public servants and others.

Siptu general secretary Joe O’Flynn said the union corporately had no knowledge of the account.

He said the State bodies that provided funding should have had a responsibility to ensure they had service-level agreements on how the money was spent well as proper oversight arrangements.

Mr O’Flynn said there should also have been a responsibility on the fund administrator – Mr Merrigan – to keep proper books of account.

“No income and expenditure statements were compiled or requested by the funding agencies. Unquestionably, there also should have been greater controls in our organisation in respect of the setting up of such funds and their oversight.”

“We did not know the manner in which this account operated. We should have known.”

Mr O’Flynn said the controversy had caused damage to Siptu and hurt its members.

He said the union was aware only of five or six of the trips undertaken. He said other trips coincided with Mr Merrigan’s leave periods.

Mr O’Flynn said the union had demoted Mr Merrigan one step but the ultimate penalty of dismissal was not warranted. He has since retired.

Mr O’Flynn said the union had paid €76,000 for “sight” of an auditor’s report commissioned by Mr Merrigan on the operation of the account to facilitate the inquiry being carried out by its trustees. It said under an agreement with Mr Merrigan this could not be passed on to the comptroller for his investigation.

Mr O’Brien and the secretary general of the Department of Health, Ambrose McLoughlin, indicated that officials were unaware the bank account was unauthorised and believed they were dealing with Mr Merrigan in his official capacity.