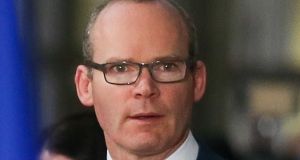 Due to his Foreign Affairs portfolio, he holds a crucial role in the Government’s Brexit negotiations.

Serious, hardworking and ambitious, he is not a populist politician.

He ran in the Fine Gael leadership campaign against Taoiseach Leo Varadkar in 2017 but was defeated.

In 2010 he backed Richard Bruton in the 2010 heave against Fine Gael leader Enda Kenny.

He was first appointed as a TD for Cork-South Central in 1998 after the death of his father Hugh Coveney.

He obliged the party in 2004 when he successfully ran for the European Parliament but returned to the Dáil in the 2007 general election.

He successfully led the Fine Gael campaign for marriage equality in the 2015 referendum.