Sale of cigarettes from vending machines set to be banned 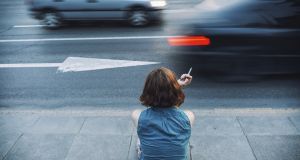 The Department of Health is to introduce on-the-spot fines for retailers who sell cigarettes to minors, and that information will then be published online.

New measures will also ban the sale of cigarettes from vending machines.

Following a public consultation, the department is preparing the draft heads of a Bill which will impose tougher penalties for those who sell the products illegally.

The proposed legislation will allow for the introduction of minimum suspension periods for retailers convicted of offences.

The proposals were first proposed by former minister for health James Reilly in 2014 but have been revisited by Minister for Health Simon Harris.

There is also a series of measures aimed at further regulating the sale of e-cigarettes.

There will be a ban on tobacco products being sold from self-service vending machines as well as temporary or mobile units.

A Department of Health spokeswoman said: “Vending machines by their very presence constitute a means of advertising and promoting tobacco products.

“One of the most compelling reasons to strengthen the rules on tobacco products is the detrimental impact of tobacco consumption on people’s health.

“In order to move closer to a tobacco-free society by 2025, it is necessary to continue to drive regulation that restricts the access and exposure of the general population to tobacco products.

The department said the proposals were in line with Government policy contained in Tobacco Free Ireland and the World Health Organisation’s framework convention on tobacco control.

The tobacco industry took a legal challenge against such a measure in England but did not succeed.

The Government is facing its own potential challenge from the industry for its proposals to introduce plain packaging.

However, it has still not commenced the Act to enforce the measures which ban all forms of branding such as trademarks and logos on packs of cigarettes, tobacco and cigars.

Ireland was the first country to introduce a plan for plain packaging in 2014, but delays in developing the relevant legislation mean it will not come into effect until 2017 at the earliest.

In the meantime, Ireland has been overtaken by the UK, which followed through with its commitment to introduce plain packaging for cigarette products on May 20th.