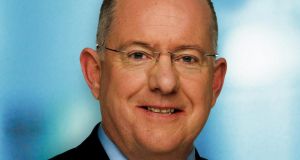 Charlie Flanagan was one of the senior Fine Gael TDs who challenged Enda Kenny’s leadership in 2010.

The appointment of the new Minister for Children Charlie Flanagan was not altogether a surprise - but colleagues had wondered openly in the 24 hours before his appointment if time had healed the wounds from the leadership contest in 2010.

Flanagan, then justice spokesman, was one of those senior Fine Gael TDs who challenged Enda Kenny’s leadership. There was a sense after the outcome that Flanagan’s ambitions of a senior ministry would never be achieved while Kenny remained leader.

A veteran TD from a staunch Fine Gael background, Flanagan’s first ministerial posting has seen him elevated straight to Cabinet.

The 57-year-old TD for Laois-Offaly is a member of a family who has represented the constituency in the Dáil since 1943. His father Oliver J Flanagan was an old-style conservative Fine Gael deputy, who briefly served as minister for Defence in the late 1970s.

Flanagan, married to Mary McCormack and a father of two daughters, qualified as a solicitor and was first elected to the Dáil in 1987. He lost his seat in 2002 - one of many Fine Gael TDs who lost out in the electoral rout inflicted on the party in that general election.

He won back the seat in 2007 and was comfortably re-elected in 2011. When the current Government was formed Flanagan became chair of the parliamentary party, and has used that position to speak on behalf of the wider party in Government. On many occasions he has appeared in the media to defend policies or to represent the Government, and has been regarded as an experienced communicator and safe pair of hands.

He has served in numerous positions in Opposition, also serving as spokesperson on children and health.

His views are neither conservative or over-liberal on social issues and his legal training will stand him in good stead in the area of children, which revolves around reforms in the legal sphere as in other administrative areas.

Flanagan’s personality is outgoing and he is known to argue his point trenchantly and passionately - occasionally getting a little over-riled and irritable. He will be a popular choice among his colleagues, who will see the appointment as a reward for hard work and application - as well as redemption over what went on in 2010.

Flanagan is a very frequent tweeter, commenting often on a wide range of topics. Expect that level of social media messaging to be curtailed as his political career moves into a more formal part of his career.