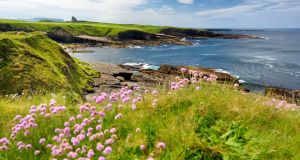 Spectacular view of Mullaghmore Head in Co Sligo. Many politicians are heading for the Wild Atlantic Way during their time off. Photograph: iStock 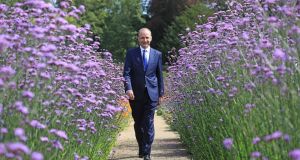 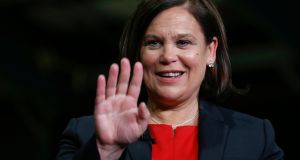 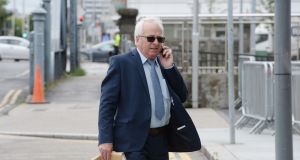 Flare-ups between politicians in the final hours before Dáil Éireann rises for the summer recess are par for the course, but there was an edge to exchanges this year following an election, long-running talks to form a government and, then, Covid-19.

If ever a break was needed, it is this year. However, the question is where to go? Foreign holidays are “out”, but a rush by politicians to the Wild Atlantic Way brings the downside of running into people they would prefer not to meet until later in the month, or September, if at all.

There is a public focus, of sorts, on what politicians will do this year. Sligo-Leitrim TD Marc MacSharry’s remarks about some public servants lying on the couch watching box sets during the pandemic, provoked some angry retorts about the likely length of his holidays.

The Fianna Fáil TD who sported a black mask saying “holiday at home” followed by the words “Sligo, Leitrim, Donegal and Roscommon” when he was asked about his staycation plans, is also keeping it local.

When Richard Bruton became the poster boy for the Government’s 2020 holiday-at-home campaign, he unwittingly made life even more difficult for colleagues, who may yearn for some privacy on an Irish beach, if they cannot enjoy a sojourn in the Tuscany hills or a Mediterranean beach.

Social media images of the 67-year-old Bruton, quickly and approvingly nicknamed “Beefcake Bruton” because of his toned torso, highlighted the attractions of Howth; but it raised the bar for everyone else, since no walk on a beach may be safe from a public where everyone is now a photographer.

Taoiseach Micheál Martin, however, is no slouch himself when it comes to keeping fit. Indeed, Cork South-Central TD has been photographed regularly doing the annual New Year’s Day swim in Courtmacsherry, Co Cork.

The Fianna Fáil leader says he is not taking holidays this year due to the seriousness of the coronavirus situation, but he is expected to base himself for at least part of the Dáil recess in his family holiday home in Courtmacsherry.

I’m expecting an invasion of staycationer’s to the Northside after this @FineGael https://t.co/XJolJHwpPl

If he is tempted to take a day off there, a pint of Murphy’s in O’Neill’s pub in Butlerstown, after a walk on Dunworley Beach, is his idea of heaven.

Tánaiste Leo Varadkar, who has not, in the past hidden from the cameras when showing off his fit physique, had a short break in Clare last month, from where he tweeted a photograph of the house that was home to Father Ted on “Craggy island”, at Glenquin, on the Boston road from Kilnaboy.Varadkar’s trip was his “first weekend out of Dublin since March” but he is planning to spend two weeks “exploring the Wild Atlantic Way” during August.

Sinn Féin leader Mary Lou McDonald with her husband and two children plans to join throngs of other Dubliners in Co Wexford in the weeks ahead, though the locations and dates she keeps to herself.

Minister for Education Norma Foley, for example, who will be too busy dealing with plans to reopen schools to take a summer holiday, is remaining in her native Kerry, but a lot of her colleagues may turn up there.

Many are being coy about their actual holiday destinations citing a desire for privacy and “security” concerns.

Minister for Agriculture Dara Calleary says he will be “catching up with friends and family” in Galway, Sligo and Mayo, one of many TDs careful to give the nod to the tourism potential in his own home county.

Michael Healy-Rae, who has branded Kerry “the tourism capital of the world”, says he does not intend to stray far from home: “Every hour and every minute spent out of Kerry is an hour and a minute wasted,” he claims.

Pressed on whether he intended to even do a summer day trip, he concedes that he might venture to Galway and Clare. Not having a holiday abroad was no hardship, he stressed: “I have an aversion to foreign travel.”

Kerry, of course, has long been a favourite holiday haunt for politicians such as former taoiseach Bertie Ahern, a regular at the Parknasilla hotel, while west Cork has long been a destination of choice for celebrities and politicians.

Minister for Foreign Affairs Simon Coveney is a regular in Baltimore. Like many others, the experienced yachtsman has not revealed his holiday plans but he has strong ties to the Royal Cork Yacht Club in Crosshaven, and may well do some sailing when he gets a break.

The Green Party has a policy of not revealing where its representatives holiday. But Eamon Ryan has previously holidayed on Inishbofin, though he may also turn up in west Cork. His father Bob was from there and he is no stranger to the place.

Minister for Social Protection Heather Humphreys plans a visit to Kilkenny during her break, while her Cavan-Monaghan constituency colleague Niamh Smyth is going with the extended family – including parents and children – to Killarney and also to Clifden: “We think there will be something for everyone in Killarney.”

Minister for Housing Darragh O’Brien also has child-friendly holidays in mind, including a trip with his 10-year-old daughter to Tayto Park. The family had a couple of nights in Donegal recently, following a working trip there by the Minister to open social housing schemes in the county.

Galway West Independent TD Catherine Connolly, who embarrassed the Government before the Dáil broke by winning the coveted Leas-Cheann Comhairle position, is also staying close to home. She intends to visit Achill Island, the Aran Islands, but also relax at her Galway home in Claddagh.

Independent TD Mattie McGrath will be in Donegal, Monaghan and Fermanagh. “My wife’s people are from Fermanagh,” he says. Every year he goes on a pilgrimage to Medjugorje , the town in Bosnia and Herzegovina, associated with apparitions of Our Lady – “but I will be praying at home this year”.

The Tipperary deputy, who enjoys being a thorn in the side of what he calls the “liberati”, says he will make a few trips to Mount Melleray, the Cistercian monastery on the slopes of the Knockmealdown mountains.

“The monks are open seven days a week. They do lovely homemade scones and tart. Fr Luke is up at 4am making tarts,” says McGrath. “All you need is a bit of weather. This is a lovely country.”

Covid-19: Garda presence in Dublin to be significantly increased 21:32
President Higgins says British must face up to their history of reprisals 21:30
Rest of country can ‘transit’ through Dublin for overseas travel 21:14
Raab’s US visit amplifies Democratic support for Irish 21:06
Record number of Roseate Tern seabirds breed on Wexford island 20:59