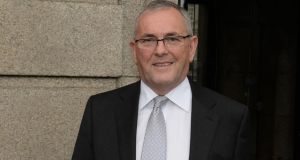 Fianna Fáil leader Micheál Martin has left outspoken TD John McGuinness off the party frontbench and is unlikely to reappoint him to his previous position as chairman of the Public Accounts Committee (PAC).

Mr Martin announced his larger-than-expected frontbench team at Leinster House on Wednesday, with 22 out of 43 eligible TDs securing positions as senior spokespeople.

Among the winners were Cork South-Central’s Michael McGrath, who retained his position as Finance spokesman after leading the party’s negotiating team in recent talks, and Mayo deputy Dara Calleary, who was promoted to the Public Expenditure and Reform brief after bringing in a running mate in Taoiseach Enda Kenny’s constituency.

Also promoted was first time TD Jim O’Callaghan, who was given the justice brief.

Mr Martin said a number of TDs will be appointed as committee chairs and these would not be on the frontbench.

Mr McGuinness could be one such deputy, but party sources said he will not be reappointed as chair of the prestigious PAC.

The Carlow-Kilkenny TD, who is understood to be in Taiwan at the moment, did not return calls.