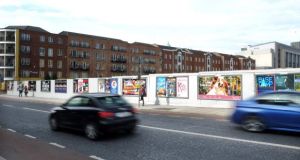 The Committee’s report on reform of the family law system, published on Thursday, includes a recommendation that funding should be allocated for the construction of a long-promised purpose-built family law complex on the Hammond Lane site. File photograph: Aidan Crawley/The Irish Times

Serious consideration should be given to granting automatic guardian rights to unmarried fathers, an Oireachtas Committee has recommended.

The Joint Committee on Justice and Equality has called for a central register of guardians in recognition of the “significant imbalance in terms of guardianship rights for fathers who are married or unmarried”.

The Committee has called for a “major overhaul” of the family law system and said “urgent priority” should be given to legislation promised for the establishment of a dedicated and integrated Family Court within existing court structures.

The Committee’s report on reform of the family law system, published on Thursday, makes 38 recommendations.

These include that necessary funding should be allocated for the construction of a purpose-built family law complex on the Hammond Lane site “as soon as possible”.

A full review of the legal aid scheme should also be conducted, with particular regard to means test rates, contribution requirements and eligibility and there should be a “substantial increase” in the number of judges, particularly at District Court level.

“Specialist judges with appropriate training should be assigned – though not exclusively confined – to family law courts for a minimum period of at least two years, in order to ensure greater efficiency and consistency with regard to decision-making and to the implementation of legislation, court rules and procedure,” the report adds.

The Committee has also said there should be reform of the in camera rules and the establishment on a permanent basis of a dedicated reporting body, to include both public and private family law proceedings while maintaining the anonymity of parties.

There is a “significant gap in knowledge and understanding” of the family law system, “not only amongst the general public, but even amongst members of the legal profession, An Garda Síochána, social workers and the judiciary”, it added.

Sinn Féin Caoimhghín Ó Caoláin and chairman of the committee said following a number of hearings with stakeholder groups, it became “abundantly clear that the current family law system is failing to provide a user friendly and efficient service to those engaged in it”.

“Current court structures and facilities are wholly inadequate and are in need of fundamental and ambitious reform,” he said.

“Anyone that does go to court finds it extremely stressful. People who are involved in family law proceedings which require them to go to court are involved in the most stressful type of litigation because it is a process that involves and engages so much that is personal to them that has consequences for them in their personal lives,” he said.

The Council of the Bar of Ireland said a more “effective and efficient administrative organisation” of the court structure and improvement in court facilities will “undoubtedly have a positive impact on the management of family law applications and lead to reductions in delays and cost”.

Seán O’hUallacháin SC, a barrister specialising in family law, said while a dedicated family law division is to be welcomed, “it will not provide the required efficiencies without appropriate resources”.

“The failure to provide separate waiting areas or family friendly spaces in court venues can significantly increase avoidable stress and anxiety which can result in volatility in the course of family law litigation.”