Taoiseach says housing the homeless not just a question of money 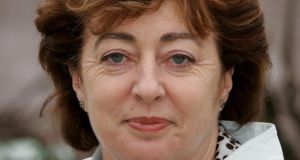 Catherine Murphy: insisted that providing shelter for the homeless was about money

Providing accommodation for the homeless was not just a question of money: “It is a question of managing effectively . . . to have as many people off the streets as we can do so,’’ Taoiseach Enda Kenny told the Dáil.

Mr Kenny said that Minister for the Environment Alan Kelly would meet on Thursday to discuss homelessness with Archbishop of Dublin Diarmuid Martin, Dublin Lord Mayor Christy Burke, the NGOs and the chairs of the local authorities.

The Cabinet subcommittee on homeless would discuss the matter on Monday, and a special Dáil debate would be held next week, Mr Kenny said.

The Dáil was responding to the death of a homeless man, John Corrie (43), whose body was found just yards from Leinster House.

Fianna Fáil leader Micheál Martin called for an emergency intervention by the Government to deal with homelessness, particularly in Dublin. There were 168 adults on the streets and 800 children in emergency accommodation in hotels and rooms across the country.

He said Mr Corrie’s death had illustrated in a very stark way the absolute sense of urgency surrounding the issue. It was a problem that had escalated dramatically in the past 12 months.

Mr Martin said the rent cap was inadequate, and added that TDs were meeting single parents and families who were in dingy, damp accommodation because of it.

Mr Kenny said it was most distressing to find that a man died on the street over the past few days.

“I think everybody can agree that this issue is not new but has been exacerbated in the last number of years in particular.’’

He said there was need for a follow-through to ensure there was an effective response for the homeless who were in different categories. There were those on the streets, in B&Bs, hotels, particularly children, which was not an ideal situation by any means.

Mr Kenny said Dublin City Council was refurbishing 655 vacant units, with work started on 245 and a further 410 in the next four to six months.

Pressed further by Mr Martin, the Taoiseach said raising the rent supplement would, according to an analysis by the Department of Social Protection, have only have a marginal impact on the situation.

Sinn Féin leader Gerry Adams said the homelessness issue had been raised for a long time.

“You should not be surprised that, in this day and age, a man can die on the streets of the capital city, just yards from this parliament, because he did not have a home,” Mr Adams told the Taoiseach.