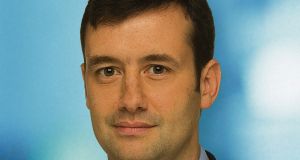 Michael D’Arcy is in the unusual position for a new Fine Gael TD of having made a comeback to the Dáil in a difficult election, having lost his seat in 2011 when the tide was running with the party.

The 46-year-old from Gorey was first elected to the Dail in 2007. After his defeat in 2011 he kept his political career alive by getting elected to the Seanad and that gave him the platform for his comeback in 2016. It was also facilitated by the decision of Liam Twomey, who took a seat for Fine Gael in Wexford last time around, to retire from politics.

Before he entered full time politics, D’Arcy was a teacher and a farmer. Married with two children he was a well-known footballer in his younger days, winning a junior All Ireland football title with Wexford in 1992.

D’Arcy’s father, also called Michael, was a long serving TDs from Wexford having first been elected to the Dail in 1977 and he served as a junior Minister between 1981 and 1986.