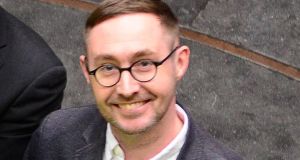 Eoin Ó Broin is a councillor in South Dublin County Council and highly respected member Sinn Féin’s national strategy team. He was elected on to Belfast City Council in 2001, but stepped down in 2004. He ran in the Dún Laoghaire constituency in the 2007 general election and failed to get a seat. He ran in the 2011 general election in Dublin Mid West and polled well. He was also defeated in the Seanad election campaign in 2011. He went to school at Blackrock College, has a degree in cultural studies from the University of East London and an MA in Irish politics from Queen’s University Belfast. He is partner of Sinn Féin Dublin MEP Lynn Boylan.