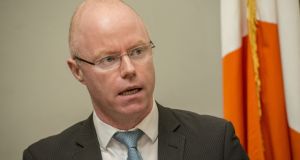 Fianna Fáil Brexit spokesman Stephen Donnelly has called for an independent investigation into the loophole in Section 110 of the Taxes Consolidated Act. Photograph: Brenda Fitzsimons

Public money is being used in a tax-avoidance scheme that may also involve European Investment Fund money, Fianna Fáil has claimed.

The party’s Brexit spokesman, Stephen Donnelly, alleged in the Dáil that a loophole previously used by vulture funds for massive tax avoidance in Ireland was being used again.

Mr Donnelly said he thought that type of activity would be stamped out and “no other European country allows tax avoidance of this type”.

Investment funds with multimillions of euro were paying an annual tax bill of just €250 on domestic economic activity, he said.

Mr Donnelly claimed four companies were involved and were working directly with the State through the Ireland Strategic Investment Fund.

He called for an independent investigation into the loophole in Section 110 of the Taxes Consolidated Act which, before it was shut down, had previously been used by vulture funds making tens of millions in profits and paying just a few hundred euro in tax.

The Wicklow TD said he was aware of “no other country that allows investors to make money on the domestic economy and to then export those profits tax-free out of the country”.

He said one firm, WLR Cardinal Mezzanine Fund, was a new investment fund in Ireland with €70 million in assets. In 2015 the firm “took in €3 million from its activities and it paid €250 in tax”.

He said the initials in the fund’s name stood for Wilbur Ross, the US secretary of commerce.

Mr Donnelly said both firms were “able to get their profits out of the country completely tax free, other than a notional payment of €250”.

They made their profits from the domestic economy, including real estate, renewable energy, forestry, restaurants and televisions, he said.

He asked if the Government stood over the State investing money from the European Investment Bank this way.

Minister for Education Richard Burton said tax avoidance was reviewed every year at budget time and loopholes were closed when they were being abused or exploited in a way that was never intended.

He said he would bring the matter to the attention of the Minister for Finance who would examine the issues and take any necessary action.

Mr Bruton pointed out that the Revenue Commissioners had very strong powers to pursue abuse and “to put those designing schemes that might be anticipating abuses under threat as well”.

He said there was now a strong culture of compliance enforced by the Revenue and he believed the tax authorities “are the most effective at identifying abuses of this nature and identifying the way in which they can resolve them. And every year they come forward with the closing down of areas where there is abuse.”

He did not believe “we need to have someone overseeing the Revenue Commissioners or some independent assessment”.

Mr Bruton said Mr Donnelly should present his case politically for an independent review, “but I am strongly confident that we have the competence within the Revenue to deal with any such abuses”.