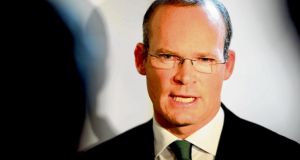 Minister for the Marine Simon Coveney says there is great potential for all types of aquaculture around Ireland’s coast. Photograph: Eric Luke/The Irish Times

Six hundred applications for fish farm licences are under consideration by Minister for the Marine Simon Coveney.

He said he anticipated “significant progress will be made” this year in licensing around the Irish coast.

More than 200 licences had been issued in the past three years for bays, including Inner Bantry Bay, Roaringwater Bay, Killary Harbour and Castlemaine Harbour and “there are in the region of 600 applications awaiting determination”.

A decision on one of the most controversial applications, for a fish farm near Inis Orr in Galway Bay will be made “as soon as possible”, the Minister said.

Bord Iascaigh Mhara (BIM), the Irish Sea Fisheries Board, submitted an application in August 2012 for a 15,000 tonne salmon fish farm, which a number of international aquaculture operators expressed interest in operating on behalf of the State agency.

It has also seeking an aquaculture licence for a 5,000 tonne farm between Inishbofin island in Co Galway and Inishturk in Co Mayo, which it applied for last year.

The Galway Bay Against Salmon Cages grouping has opposed the applications on environmental grounds, claiming they pose significant risk to the area.

BIM’s strategy is to generate €1 billion in seafood sales and to increase exports by a further €650 million.

Last year, the Irish Farmers’ Association issued a report claiming 600 fish farm licence applications had been in the system for more than five years and this had cost €60 million in investment in over five years.

The association said aquaculture could create up to 2,000 additional jobs in coastal areas leading to up to €500 million in further exports.

Mr Coveney, in a series of replies to written parliamentary questions, said there was great potential for all types of aquaculture around Ireland’s coast.

He pointed out to Independent Kerry TD Tom Fleming, who asked about the number of aquaculture licences issued, that the European Court of Justice found that Ireland had failed to fulfil its obligations under the Habitats Directive. The Minister said a process was agreed with the European commission which would lead to full compliance.

Independent Socialist TD Clare Daly had asked if scientific report by the Marine Institute on the Galway Bay licence applications were rejected by his department. In its reports, the institute highlighted environmental concerns.

The Minister said “the fullest consideration is being given to all submissions received as part of the statutory and public consultation stages of the process”.

BIM’s application and its accompanying environmental impact statement were under consideration, he said.

He added that “there is always a strict separation between my ministerial role as decision maker in respect of aquaculture licence applications and my ministerial duty to promote the sustainable development of the industry.

“This separation of duties is strictly observed.”