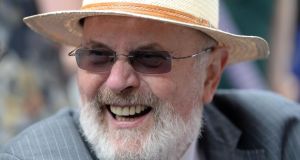 Senator David Norris said the 1916 Rising leaders were ‘traitors to their own cause’. Photograph: Dara Mac Dónaill / The Irish Times

Independent Senator David Norris described the 1916 leaders as “traitors’’ in sharp exchanges in the Seanad today.

Mr Norris said he believed that W B Yeats was correct in his first impression of some of those involved when he said they were vainglorious.

“They were seen by the British as traitors to the empire but they were traitors to their own cause because Eoin MacNeill, the commander-in-chief, had cancelled the Rising and yet they ignored that,’’ Mr Norris added.

Fianna Fail Senator Mary White said she “took serious issue with the views of Senator Norris and and those of the former taoiseach, John Bruton, who described the day Prince Charles visited Ireland as the happiest day of his life’’.

Ms White said that two days ago she listened to a radio recording of Mrs Thomas Clarke in which she described Eoin MacNeill as a traitor for trying to call off the Rising.

Fianna Fail Senator Ned O’Sullivan said the famous Chinese diplomat Zhou Enlai was once asked if he felt the French revolution had been a success, and he responded that it was too early to say.

“I wish that Senator Norris had taken some stock of that before he, with his usual gusto, drove a coach and four through the whole history of 1916 and came out with what to me seems a shocking statement that the leaders of 1916 were traitors,’’ Mr O’Sullivan added.