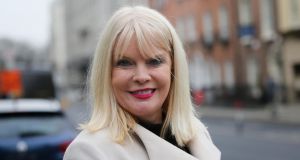 Mary Mitchell-O’Connor told Richard Boyd Barrett that Ardmore Studios “is being placed on the market for sale as a going concern”. Photograph: Gareth Chaney Collins

Planning restrictions on the site of Ardmore Studios in Co Wicklow mean it will be retained as a film-only zoning, Minister for Enterprise Mary Mitchell O’Connor has told the Dáil.

She confirmed to AAA-PBP TD Richard Boyd Barrett that “Ardmore Studios is being placed on the market for sale as a going concern” and that Enterprise Ireland had not placed any pre-conditions on the sale because existing planning conditions safeguarded its use as a film making studio for the future.

Mr Boyd Barrett had expressed the concerns raised by almost 500 people at a public meeting in Bray, Co Wicklow, at which calls were made for the Government to block the sale of the studio by using its 31.67 per cent share in the studios.

The company is 68.3 per cent owned by private investors Ossie Kilkenny and Paul McGuinness who want to sell the profit-making studios as a going concern.

The Dún Laoghaire TD said 9,000 jobs indirectly depended on the studios including trades people and creative people in the local area.

He suggested the Government could facilitate a buyout by workers or it could nationalise the studios.

But the Minister had no enterprise development role in Ardmore or involvement in its day-to-day operations. She stressed that the State agency’s primary concern “will be to maintain the business as a going concern as well as ensuring the best economic and financial return for the State”.