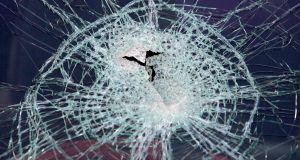 Cost of motor insurance has risen by 51% since January 2011. Photograph: David Sleator

The Government is to establish a new database to allow insurance companies share details of motor claims.

Minister of State at the Department of Finance Eoghan Murphy has received Cabinet approval to publish a new report on the cost of motor insurance and proposals to address it.

Among the 33 recommendations are commitments to establish a new Personal Injuries Commission to examine the level of pay-outs for minor injuries in different jurisdictions.

However, the final level of awards made in court will still be set by the judiciary and guided by the book of quantum, a guide used by the Injuries Board when assessing compensation for claims.But Mr Murphy said further consultation will take place with judges about how further reviews and reforms can be made in this area.

The Minister said capping the claims would be unconstitutional but grading certain injuries could be agreed.

Mr Justice Nicholas Kearns has been appointed as chairman of the new commission .

The report also proposes the setting up of a national claims information database to be located in the Central Bank. This would analyse motor claims from data collected from the insurance companies and an annual report would be published. A separate database, funded by the insurance industry, will be established to identify incident or claim information.

Mr Murphy said the details would not be made public but would be available to An Garda Síochána, the insurance industry and other relevant bodies.

The Minister said it would be a complex piece of work that would require significant resources.

“It involves bringing about a situation where insurance companies will be able to communicate with each other, and the gardaí having access to that information too,” he said.

“There is a significant amount of technology involved in this database.”

The database will be held by a yet-to-be-decided independent body. It will not include the amount of the premium paid or the level of claims but will include the incident or claim information.

Mr Murphy said there are a number of concerns including the potential cost and the considerable time it would take to establish.

Legislation may also be required to allow the sharing of such information and safeguards would be needed to ensure domestic and European laws are not breached.

Figures from the Central Statistics Office show the cost of motor insurance has risen by 51 per cent since January 2011. Mr Murphy said the Government could not intervene directly to drive down the cost of premiums. The new accountability and transparency measures will assist in reducing costs for consumers, he insisted. However Mr Murphy said premiums witnessed in the past will never be repeated.

“This will not be solved overnight. The only thing we can say as a Government is that we intend to bring stability and certainty and transparency to the market for consumers.”

The Minister said the burden for reforming the market and driving down costs will lie with the insurance companies.

Other recommendations include putting in place a standard protocol for insurance companies to ensure better treatment of emigrants coming home. Insurers will be asked to accept experience from abroad and take account of that when pricing a policy. Currently when a person emigrates and returns to Ireland, their previous driving experience is not taken into consideration.

Taoiseach Enda Kenny has asked Mr Murphy to provide quarterly reports on the progress of the proposals.