Mary Fitzpatrick to seek FF nomination to run for Europe 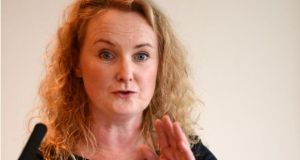 Fianna Fáil councillor Mary Fitzpatrick: to seek nomination to run in European elections in May.

Fianna Fáil councillor Mary Fitzpatrick said today she is to seek a nomination from the party to contest the 2014 European election in the Dublin constituency.

A number of Fianna Fáil councillors on Dublin’s four local authorities agreed last night to nominate Ms Fitzpatrick to contest the convention to select a candidate. A date for the convention has yet to be set.

“I am delighted to have the backing of Fianna Fáil members and elected city and county councillors from the four Dublin local authority areas. Consequently, I will allow my name to go forward when nominations open for convention,” Ms Fitzpatrick said in a statement today.

“This is a very big decision for me and my family. It is both a huge opportunity and challenge. I take great encouragement and strength from the fact that some Fianna Fáil members and councillors are supporting my candidacy and I thank them for putting their trust and faith in me.”

Ms Fitzpatrick, daughter of former TD Dermot Fitzpatrick, was elected to Dublin City Council in 2004. In the immediate aftermath of the 2007 general election she claimed her campaign in the election was sabotaged by then taoiseach Bertie Ahern’s team.

Fianna Fáil activists believe Ms Fitzpatrick’s public clash with Mr Ahern and his supporters would be to her advantage in the contest. Since Fianna Fáil’s crushing defeat in the 2011 election, she has increasingly cast herself as the voice of the party in Dublin.

Making the nomination last night, Cllr Paul McAuliffe of Fingal County Council said: “Mary is one of our own, she is a Dubliner. As leader of the Fianna Fáil group on Dublin City Council she has consistently championed issues that affect the lives of people in the city.”

Fianna Fáil has no TDs in Dublin and no MEP, so the May election will be crucial to the efforts of leader Mícheál Martin to rebuild the party in the city.

No big-name candidate with a national profile has emerged. Former newscaster Anne Doyle is known to have spurned a tentative approach.

Although the nomination will be decided by a vote of registered party activists in Dublin on a one-member one-vote basis, certain Fianna Fáil figures believe Ms Fitzpatrick has strong potential to gain traction with the membership. Some 2,000 delegates will be eligible to participate.

The other declared candidates are Geraldine Feeney, a former senator, and Tiernan Brady, a gay rights activist. While Senator Averil Power is also known to have given the matter consideration, her priority is thought to be the next general election.

Former minister Mary Hanafin has expressed interest in the nomination within the party but that met a cold response from the leadership.