‘He’ll be missed’: Locals react to death of ‘a man who stuck by his principles’ 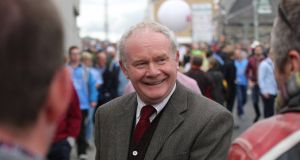 In Derry’s Bogside area this morning, there was one name on everybody’s lips and one man in everybody’s thoughts - Martin McGuinness. File photograph: Stephen Collins/Collins. 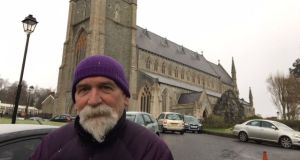 Noel Moore: ‘We’ve had two bad losses in this area, we lost Ryan McBride, the Derry City captain, earlier in the week, and now Martin is the second loss.’ 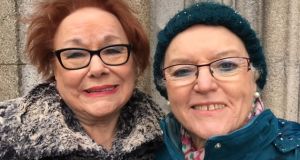 Mary Murphy (left) said the death of Martin McGuinness was ‘terribly sad’. Grainne McCafferty (right) said the Sinn Féin man was able ‘to rise above that and bring other people’ with him.

A book of condolence has opened at Derry’s Guildhall in memory of Martin McGuinness.

The mayor of Derry City and Strabane District Council, DUP Alderman Hilary McClintock, said Mr McGuinness was a towering figure in both Derry and Northern Ireland.

“Whilst there will continue to be a diverse range of opinions on Mr McGuinness’s contribution to society over his lifetime, it is clear that he had a passion for the city and the wider North West area.

“In recent years his contribution helped build on the relative peace we now enjoy.”

He said he knew many people who were shocked and saddened my Mr McGuinness’s death. “I want to extend, both personally, and on behalf of the council, my sympathy to Mr McGuinness’s wife Bernie and his family circle at this deeply traumatic time.

“My thoughts and prayers are with the McGuinness family today as they mourn the passing of a husband, father and a grandfather.

At St Eugene’s Cathedral in Derry’s Bogside area, only streets away from Mr McGuinness’s home, prayers were offered for the repose of his soul.

For many local people it was the first time they heard the news.

“The strength of the man is that he was a man who could change, he knew there was a better way and he went along that way even though it couldn’t have been easy.

“He did decide that violence was not the way, and he lived that out right to the end through thick and thin.

“I’m particularly aware of the seriousness of his loss at this particular time, I think he’s never been needed more.”

“Being able to rise above that and bring other people with you is extremely important.

“He never betrayed his core principles, he was still at heart a republican at heart who wanted a united Ireland but he could see there was another way of doing it.

“I also think of his personal qualities, his charisma, his affability, at the moment his skills and his commitment and his personality are so much needed.”

Noel Moore said McGuinness did his best for “everyone here regardless of his past”.

“We’ve had two bad losses in this area, we lost Ryan McBride, the Derry City captain, earlier in the week, and now Martin is the second loss.

“He was such a big figure in this town...He changed his whole life for peace, and look at the changes he brought about in Northern Ireland as a whole.

Another mass-goer, who declined to be named, said McGuinness was “not my party” but acknowledged that “towards the end he seemed to have a wider vision”.

“I think when he did leave the Assembly he did it very discreetly, and very well.”

James Paul Taylor said McGuinness did a lot for Northern Ireland in terms of the peace process.

“He was a butcher boy to begin with, my brother and him would have known each other well.

“He was a republican, he was a freedom fighter, some people don’t like that but that’s what he had to do to get his goal.

“He was a man who stuck by his principles, and he met the Queen too, I thought that was brilliant. . . He’ll be missed.”

At the shop across the road from St Eugene’s, John Deery said all the customers talk was of McGuinness.

“He was really one of the most important people from round here, and the friendliest person you could have met.

“He always knew everyone’s name, and their first name too, and he always remembered people who had died.