‘It’s not easy being a Yes Roscommon voter’ 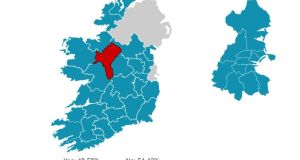 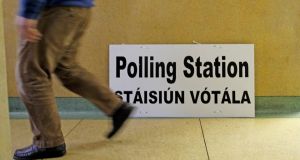 It’s not easy being a Yes Rossie in these post-referendum days, where but to think is to be full of sorrow and to be in a place where primrose and blue is worn with less pride.

Even cheering on the beloved county against London on Sunday seemed less spontaneous, the victory not quite as sweet.

Roscommon was always different, one of its many attractions.

It is the only county in Ireland never to have returned the same set of politicians to Dáil Éireann since the State was founded in 1922.

With East Galway, it looks like being the only constituency, which will return two Independent TDs out of its three Dáil seats to Leinster House at the next general election. They being Denis Naughten and Michael Fitzmaurice.

Roscommon was the first county to elect a Sinn Féin MP.

That happened in February, 1917 with the election of Count Plunkett, father of Joseph Mary Plunkett who was executed nine months earlier in May 1916, being one of the leaders of the Easter Rising.

Famously in 1987 it saw to it that Seán Doherty was the first TD declared elected in the general election of that year, a response to a perceived scorn of the Dublin 4 set.

As famously it withdrew its vote from him in the general election of 1989 when he stood for the Dáil and the European Parliament.

He failed to be elected to either.

In Roscommon, they will defend you when you’re down but, just as quickly, you’ll be cut down to size if they think you’re getting too big for your boots.

But its vote last Friday was contrary in a different way. It was dissappointing.

There are explanations. Roscommon is the most rural county in Ireland.

Its biggest town is Roscommon town, which has a population of just over 5,000.

It is also a county with one of the more unusual population structures in Ireland. There is a large dependent population, of under 18s and over 65s, with a disproportionately low number of people in the intervening 18 to 65 group.

Further, it has proportionately one of the highest third-level “take-ups” of any county in Ireland in the post 18 age category.

Inevitably, these young people are unable to get relevant jobs in their home county when they qualify so they end up working elsewhere in Ireland or abroad.

It is a county that also has been riven by emigration for generations, pulling many more from its vital working life adults category.

This has been even more the case over recent years, when whole swathes of the county have lost their 20-somethings.

An example is from my own family. A nephew and his girlfriend returned from Australia last year and got married at Christmas.

Among their guests at the wedding were approximately 30 young people from Ballaghaderreen and surrounds.

That’s the case with just one small town (population 2,000) in the county.

Replicate it many times over and you have some idea why Roscommon-South Leitrim was the only one of 43 constituencies to vote No last Friday.

Another factor is that most of Co Roscommon is in the Catholic diocese of Elphin and the Church of Ireland of Kilmore, Elphin and Ardagh.

The Bishops of those two dioceses, Catholic Bishop of Elphin Kevin Doran and Church of Ireland Bishop of Kilmore Ferran Glenfield, were among the clergy most publicly opposed to a Yes vote in the referendum.

Considering all of these factors it is remarkable that 17,615 people in Roscommon South Leitrim voted Yes last Friday, just 1,029 short of those who voted No.

It is testimony to the tolerance, decency, and generosity of people in the county and 17,615 reasons to be proud where Yes Rossies are concerned. Of which I am one