Anti-abortion deputy was member of Oireachtas committee on Eighth Amendment 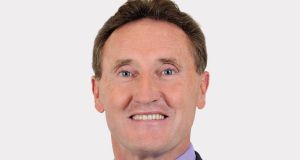 Louth TD Peter Fitzpatrick: ‘The decision to resign from Fine Gael was a difficult decision to make.’

Louth TD Peter Fitzpatrick has confirmed he is resigning the Fine Gael whip in the Dáil and will stand at the next election as an Independent candidate.

Mr Fitzpatrick said in a statement on Monday night that he felt “isolated” in Fine Gael in recent times. He was a member of the Oireachtas committee on the Eighth Amendment and was strongly anti-abortion.

His move will reduce Fine Gael’s Dáil strength from 50 to 49 TDs.

“The decision to resign from Fine Gael was a difficult decision to make,” the TD, who was first elected in 2011, said in a statement.

“I have given 100 per cent commitment during my time as a member of the party and have always been a team player.

“I backed the party when some very difficult decisions had to be taken, even when I did not agree with the party I always supported them. Unfortunately over the past 15 months I have not been given the same support from Fine Gael as I had given them. My views were not always listened to and I felt isolated within the party itself.

“After careful consideration and with the help and advice of my family, close friends and constituents I have decided that I would like to continue my career in politics and as a result it is my intention to stand as an independent candidate in the next general election.”