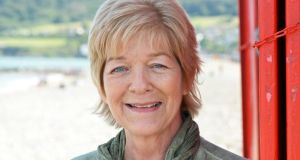 Anne Ferris said “I don’t know if there will be others with me” in defying the Labour whip. Photograph: Eric Luke

A Labour TD is expected to vote against the Government and support a bill calling for abortion to be allowed in cases of fatal foetal abnormalities.

Wicklow deputy Anne Ferris told The Irish Times she fully expects to be expelled from the parliamentary Labour party and become an Independent TD.

“This should be above politics,” she said, adding it was not an issue she felt she could turn her back on.

She is the first deputy to rebel under the leadership of Tánaiste Joan Burton. “I expect to lose the whip,” she said. “I don’t know if there will be others with me.”

Ms Ferris also said she had hoped for a free vote and said the bill, tabled by Independent TD Clare Daly, should have been allowed go to committee stage.

Requests for a free vote have been repeatedly ruled out by Tánaiste Joan Burton and her office. “It is a standard government vote, we expect TDs to vote with the government,” Ms Burton’s spokesman said last night.

The weekly meeting of the parliamentary Labour party has been brought forward from its usual Wednesday slot to this afternoon and TDs and senators will be briefed by Minister for Communications Alex White on legal advice from Attorney General Máire Whelan.

Ms Whelan has said the bill is unconstitutional. Other Labour deputies – such as Clare’s Michael McNamara, Dublin Bay North’s Seán Kenny, Meath East’s Dominic Hannigan and Waterford’s Ciara Conway – have expressed unease about opposing the bill, which will be put to a Dáil vote today.

Sinn Féin is abstaining while Fianna Fáil has granted its TDs a free vote, with differing opinions in the party. However, a spokesman for Michéal Martin did not respond to queries on how the party leader will vote.

Mr McNamara and Mr Kenny said they will await the briefing from Mr White before deciding their approach, while Mr Hannigan did not return calls.

Speaking in New York yesterday, Minister for Agriculture Simon Coveney ruled out any new legislation on fatal foetal abnormalities during the lifetime of this government.

Mr Coveney said the government had more than enough to handle with two other referendums this spring and said Ms Daly’s bill is unconstitutional.

“If a bill like that is to be accepted, there would have to be a referendum on the issue in the lifetime of this government,” he said. “If there is to be any further considerations of it, it will be for the next government and I am not going to comment on that at this stage.”

Sinn Féin is abstaining while Fianna Fáil has granted its TDs a free vote, with differing opinions in the party. However, a spokesman for Michéal Martin did not respond to queries on how the party leader will vote.

Carlow-Kilkenny TD John McGuinness and social protection spokesman Willie O’Dea said they would not support the Daly bill because it is unconstitutional, but both said they were in favour of the principle of allowing abortion in the case of fatal foetal abnormalities.

Billy Kelleher, the health spokesman, and Niall Collins, the justice spokesman, said they would support it while foreign affairs spokesman Brendan Smith will oppose it, as will party whip Seán Ó’Feargháil.

A number of TDs, such as Barry Cowen, Robert Troy and Eamon Ó’Cúiv, said they had yet to make up their minds. Dara Calleary and Michal McGrath, who both opposed the Protection of Life During Pregnancy Bill, did not return calls.