Labour’s Anne Ferris due to vote against Government on abortion 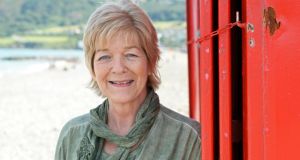 Labour TD Anne Ferris is expected to vote against the Government and support a Bill calling for abortion to be allowed in cases of fatal foetal abnormalities. Photograph: Eric Luke / The Irish TimesAnne Ferris

A Labour TD is expected to vote against the Government and support a Bill calling for abortion to be allowed in cases of fatal foetal abnormalities.

Wicklow deputy Anne Ferris is due to appear on Claire Byrne Live on RTE television tonight where it is expected she will outline her views.

It means Ms Ferris is likely to be expelled from the parliamentary Labour party and become an Independent TD.

The weekly meeting of the parliamentary Labour party has been brought forward from its usual Wednesday slot to tomorrow afternoon and TDs and senators will be briefed on legal advice from Attorney General Máire Whelan.

Some Labour deputies, such as Clare’s Michael McNamara, Dublin Bay North’s Sean Kenny, Ms Ferris, Meath East’s Dominic Hannigan and Waterford’s Ciara Conway, have expressed unease about opposing the Bill, which will be put to a Dáil vote tomorrow.

There have also been requests for a free vote on the issue but this has been repeatedly ruled out by Tánaiste Joan Burton and her office.

“It is a standard Government vote, we expect TDs with the Government,” Ms Burton’s spokesman said tonight.

Sinn Féin is abstaining while Fianna Fáil has granted its TDs a free vote, with differing opinions in the party. However a spokesman for party leader Michéal Martin did not respond to queries on how the party leader will vote.

Minister for Communications and Labour TD Alex White will brief the Labour parliamentary party on Mr Whelan’s advice but TDs and senators will not be given a copy of it.

Mr McNamara and Mr Kenny said they will await the briefing from Mr White before deciding their approach, while Ms Ferris or Mr Hannigan did not return calls.