Labour Party waking up to a nightmare 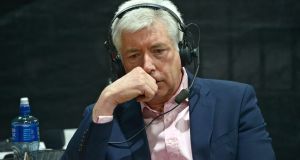 Even in its worst nightmares the Labour Party would have never dreamt that the result could have been so bad.

Long-standing seats and proven poll-toppers falling like skittles at the mercy of a disillusioned and unhappy electorate.

Labour had been elected in 2011 on the back of a historic economic crash. Labour’s suffering occurred at the weekend, but its fate was essentially decided in late 2011 when the then budget was unveiled to the electorate.

It consisted of reductions in child benefit and an increase in student fees, thereby reversing two of its key election promises and losing the trust of the electorate in one fell swoop.

It never really recovered. The party changed its leader and altered its strategy but it made little difference.

In voters’ minds Labour was the party that broke its promises and turned its back on those who elected it. That was fixed into their minds, and they were not for changing.

Willie Penrose, who lost his seat in Longford-Westmeath at the weekend, said the media had a role to play in Labour’s demise.

“They tell you you have a responsibility to do something, but then when you do it you’re castigated for it. The media talks out of three sides of its mouth.”

Kevin Humphreys, outgoing TD for Dublin Bay South, said Labour had “jumped out of the airplane and hoped the parachute opened”.

“It did not open. There was no recognition of the work that happened and was done. People were just angry, and Labour got 100 per cent of the blame.”

His colleague Robert Dowds said: “I’m proud of our performance in this Government. We worked extremely hard and extremely effectively on behalf of the country and the people, and we did our very best to protect people in very trying circumstances.

“To the day I die I will be proud of my role in this Government. I make no apologies, there are one or two regrets, the housing issue earlier, but largely because of lack of money.

“But I am very proud of our involvement, and I think history will be kind to the Labour Party.”

Labour had a difficult five years in Government which began on the worst possible footing with that budget.

The introduction of water charges was the final nail in Labour’s coffin.

Irish Water may have been the brainchild of Fine Gael, but it was its Coalition colleagues who suffered from its establishment.

Labour achieved what it set out to do in Government – send the troika packing and prevent the worst of Fine Gael.

It also managed to deliver on two significant social commitments that realistically would have never been achieved without it. It legislated for the X case and provided for a referendum on same-sex marriage.

The party focused its campaign solely on the party leader.

Labour’s heavy hitters Brendan Howlin, Alex White and Ged Nash could have and probably should have had a more significant role over the three weeks.

The party was also slightly hindered by the absence of its deputy leader Alan Kelly from the national campaign.

It fell solely to Joan Burton to fight the Labour’s fight, and she did it to the best of her ability but to little avail.

Her position as leader of the party expires at the end of an election. Whether she will choose to continue in that role or whether she has a choice in the matter remains to be seen.

However, there is wide acceptance among party members that Burton had a good campaign.

The parliamentary party meets next week to discuss its future.

One member rightly suggested there will be more Senators at the meeting than TDs.

Labour is familiar with this position. It always bears the brunt of voters’ anger after a stint in office.

But even on its darkest days it could never have predicted such a storm, struggling to secure enough seats for speaking time.

It fought a good fight but in the end the writing was on the wall mere months after it entered Government.

It was like an earthquake. They saw it coming but there was nothing they could do to stop it.