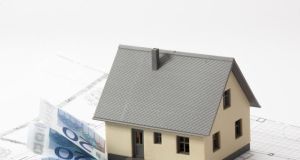 The current inheritance tax threshold of €225,000 applies to all assets. Photograph: The Irish Times

A new threshold of inheritance tax that would apply only to family homes, and that could be as high as €500,000, is under consideration for next month’s budget.

Fine Gael TDs have consistently pushed for reform to the inheritance tax system, which has become a problem in urban areas as the economy has improved and property prices have risen in the past few years.

While it initially surfaced as a Dublin problem, sources said it was becoming a concern of TDs from outside the capital as the recovery has taken hold.

Creating a new threshold that would apply solely to the family home, and is understood to be only for offspring inheriting the home, is seen as cheaper than making wider changes to the thresholds at which capital acquisitions tax would apply.

The current inheritance tax threshold of €225,000 applies to all assets. While it was previously believed that Minister for Finance Michael Noonan would seek to increase this threshold, the creation of a new threshold to apply solely to the family home is being examined by the Department of Finance.

The specific threshold that would apply to family homes has not yet been decided, but it is understood that a level around the €500,000 mark is under consideration. Fine Gael deputies have suggested a threshold in the €300,000 to €500,000 range.

Restricting the changes to inheritance of the family home would allow for a higher upper limit, it is understood.

It is largely seen as a Fine Gael concern and is not causing as much concern on the Labour Party benches, although Opposition candidates have been campaigning on the issue in Dublin.

Inheritance tax thresholds, which limit the amount of money that can be inherited tax-free, have risen sharply since the economic crisis and have been accompanied by a corresponding rise in capital acquisitions tax, leading to higher tax bills.

TDs have cited cases of bereaved people having to take out a mortgage or sell a family home to clear inheritance tax.

As part of that push, changes to planning regulations are being viewed favourably in Coalition circles.

Changing planning regulations to allow for smaller apartments around Dublin is seen as one option to speed up development around the capital. Such moves are already under consideration by Dublin City Council and would allow for a certain type of city living. For example, these would apply to one-bedroom apartments in Dublin’s docklands rather than three-bedroom family apartments.

If councils do not amend the planning regulations, sources said the Government could force their hands.

Construction industry representatives have lobbied for cuts in development levies and it is understood that the Coalition is open to such move if the money can be found for it.