Meet the Voters: ‘Crime has festered while politicians sit on their hands’ 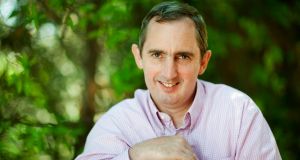 The leaders’ debate and recent polls indicate that people are seeing through the spin, particularly from Fine Gael’s short-term strategy of auction politics which is likely to lead us back to where this all started.

With Fine Gael weakening, it’s got the feeling of 1982 all over again - a short term of office for an ‘anchor’ party propped up by Independents with Tony Gregory/Healy Rae-style demands for their constituencies.

However, the certainty that ‘anchor’ party just could be Fianna Fáil is opening up.

Ironically, the recent crime wave dominating public debate in the midst of a general election campaign underlines the failure of our political classes to deal bravely with serious crime for many years.

The failure to impose harsh sentencing and zero tolerance for serious crime continues to be paid in lives on our streets while relatively minor issues like water charges get far more attention than they deserve.

Crime has festered while politicians afraid of offending any sector of their constituency sit on their hands for short term gains.

Jerry Kennelly was in conversation with David Labanyi as part of The Irish Times Meet the Voters series, profiling 10 sample voters in a bid to track the impact of the 2016 General Election campaign on their voting intentions. Follow them at irishtimes.com/election-2016/meet-the-voters