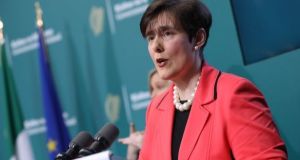 Norma Foley may be a new Minister but the uncertainty and doubts that characterised her first few weeks in the job have long been consigned to the past.

Still, there was an unexpected stridency to her response to the decision of unions representing teachers and special needs assistants (SNAs) not to support the reopening of schools for students with special needs from Thursday.

She and Minister of State for special needs education Josepha Madigan issued a very strong statement on Tuesday night blaming the unions for the delay, and accusing them of a “lack of co-operation.”

She followed it up with dismissal of a claim by John Boyle, general secretary of the Irish National Teachers’ Organisation on Morning Ireland on Wednesday. He said his union “most certainly didn’t” instruct its members not to go back to school on Thursday.

This, claimed Foley was “incredibly disingenuous”.

And on this point, she probably was right. While not explicitly instructing its members not to go back, the abandonment of negotiations between the Department, the INTO and Fórsa on Wednesday night effectively put paid to any hope of these schools reopening.

It is the second time that a planned reopening of school for this small cohort of children – less than 19,000 in all – has been abandoned. The first time around, the unions accused Foley and the Government of essentially springing the decision on them.

This time that argument could not be made. There was long and intense negotiations, with unions and then a very long “webinar” for staff, at which deputy chief medical officer, Ronan Glynn, spoke at length.

It is a tricky situation where competing rights are pitched against each other. You have a highly vulnerable group of children, many of whom are high-dependency, who need either routine, or hands-on assistance in a school environment. On the other side, there are the teachers and SNAs who are anxious about a virus with rampant numbers in January.

Foley focused her arguments on public health advice, and particularly the CMO’s assessment on January 5th that schools, per se, remained safe environments and the reference on the importance of providing special needs education. Other frontline workers such as ambulance personnel, gardaí and supermarket workers continued to work, she said.

Despite the reassurances, the opposition from unions seems to have come mainly from the grassroots, amid heightened anxiety among teachers and SNAs about the stratospheric numbers in early January.

Unions also pointed to mixed messages on public health. Foley, for her part, said the advice was “unequivocal”.

The other point made by staff is that many need to work at very close proximity to dependent students meaning social distancing is impossible.

Foley might have won the debating points surrounding this impasse but the political reality is that neither the Department of Education nor the unions can be seen as winners.

Indeed there are only losers in this row, and the biggest losers are the children who are suffering continued delays and the fact that Ireland is the only EU country not providing education to these students, which makes up a very small percentage of the overall student numbers.

Last week, The Irish Times highlighted the case of a Dublin boy, Gavin Jones (11), who has autism.

His mother Ciara says he has regressed because of a lack of a routine - and she has had to give him up to ten baths a day and throughout the night, and buy him between 70 to 80 bottles of shower gel a week, to keep him calm.

On Wednesday, media lecturer Tom Clonan, who has a son with special needs, summed up the pointlessness of a blame game dialectic.

“I’m listening to my son in his room – floundering – in virtual class. Despite valiant efforts of wonderful teachers. I do not blame Norma Foley or Josepha Madigan for crisis. Nor do I blame unions. I blame the Covid-19 virus. Stop adversarial tactics: unite.”