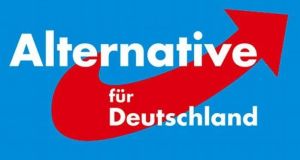 Germany’s far-right Alternative für Deutschland (AfD) party has been ridiculed for attacking a kindergarten that celebrated St Patrick’s Day instead of its annual Easter egg hunt and breakfast.

The decision was described by the AfD on social media as a “clash of cultures”, led by people who “destroy our culture and traditions”.

“When the Easter festival is cancelled to celebrate St Patrick’s Day, and the Easter egg hunt has to make way for a leprechaun gold treasure hunt – then things are really getting absurd,” wrote the AfD in a social media post.

It was reacting to the decision of a Bavarian kindergarten, Villa Drachenstein, to prioritise a St Patrick’s Day project as part of its “calendar of cultures”. “We are a non-confessional organisation and celebrate all holidays,” said Ulrike Bittner, head of the kindergarten, run by the AWO charity. She insisted Easter was still on the kindergarten calendar, but some parents and the local priest saw it as an attempt to sideline Christian belief.

“The idea to inform about St Patrick is not reprehensible,” said Fr Herbert Walter, the local priest, to a local newspaper. “But that this happens in the Easter season above all seems to me a clear signal that one wants a deliberate alternative to Christian belief.”

The AfD accused the AWO organisation behind the kindergarten, which also runs many facilities for asylum seekers, of “curtseying to well-known interest groups”.

“As a charity, the AWO is part of the asylum industry and feels bound to their well looked-after clients, drawn to a large extent from largely Muslim countries,” the far-right party wrote.

“German traditions can’t get a look in.”

The post prompted an avalanche of mockery on social media. One user, Nicole Starmer, wrote: “What do Muslims have to do with the Irish St Patrick’s Day?” Another user, Rob, thanked the AfD for its outraged post and suggested German parents, anxious to maintain their Christian traditions, read to their children from the bible’s “13th Book of the Easter Bunny”.

One user warned that “Muslim Irish are destroying the west!”, while Steffi Hubert wrote: “How cool: hunting for leprechaun gold . . . I want that for my daughter.”

The AfD has come under attack for a second time this week after asking Twitter users in a poll whether they believed Islam belonged to German culture. After 83 per cent of users voted “yes”, the AfD deleted the poll.

Nphet says normal life ‘some way off’ and vaccination unlikely to fully halt Covid-19 13:29
Covid-19: Catholic bishops call on all to support vaccination programme 13:14
Family of woman who died from cervical cancer settles case 12:52
Covid-19 Vaccine Tracker: What's available in the Republic of Ireland and what else is coming? 11:57
Call for investigation into failure of Fermoy flood-relief scheme 11:44