Assistant Commissioner finds no behaviour that would merit criminal investigation 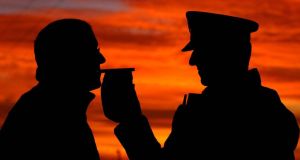 An Garda Síochána exaggerated breath-test figures by 1.45 million over a seven-year period, an internal audit has found.

The inquiry, conducted by Assistant Commissioner Michael O’Sullivan, found that between June 2009 and April 2016, 3,498,400 breath tests were recorded on the Garda’s Pulse computer system, compared with 2,040,179 recorded on the breathalysers, a disparity of 71 per cent.

The report identified a number of areas of fault and states that individual gardaí in some cases exaggerated the figures by as much as 300 per cent. In one example, breathalysers at 61 checkpoints recorded 392 negative breath tests; the figure was officially recorded as 3,920.

But Mr O’Sullivan said he did not identify any behaviour that would merit criminal investigation.

Other factors for the inflated figures included data-input errors, a lack of supervision and the absence of clear policy.

“That the evidence also suggests members of An Garda Síochána were also engaged in inflating this data, whether intentional or unintentional, is even more damaging to public confidence,” he said.

The Irish Times first reported earlier this year that breath-test figures had been exaggerated significantly.

It has now emerged through the audits that records from between 3 and 9 per cent – or between 15,082 and 45,246 – of the checkpoints recorded in Pulse between July 2010 and April 2016 contained inflated figures. The exaggeration of breath tests over what should have been recorded is estimated to range between 106,177 and 318,530.

The report defends the role of senior management and says their sole focus was the detection of drink-driving. It says the dipping in and out of critical areas by senior management carries significant risks to the oversight of busy portfolios.

“When supervision is absent poor practices will inevitably develop and continue to deteriorate if left unchecked. Unfortunately this was evident through this examination.”

Absence of clear policy and procedure in relation to the breath-test data was also cited as an issue, and the report claimed this resulted in weak corporate-governance structures.

Mr O’Sullivan said the policy documents were difficult to locate and consisted of hundreds of pages. Such directives were not well communicated to front-line officers, allowing for individuals to have their own interpretation of the policy.

His report said there was no benefit to gardaí who inflated the breath-test figures, including career advancement or other obvious rewards.