Taoiseach Leo Varadkar has insisted the public service card is not and will never become a national identity card.

Speaking at a school in Stanhope Street, Mr Varadkar said he has noted the concerns of the Data Protection Commissioner about the project, which has seen some 2.8 million cards distributed to people across the State to date.

However, Mr Varadkar stressed that he was confident there was a legislative basis for the card. 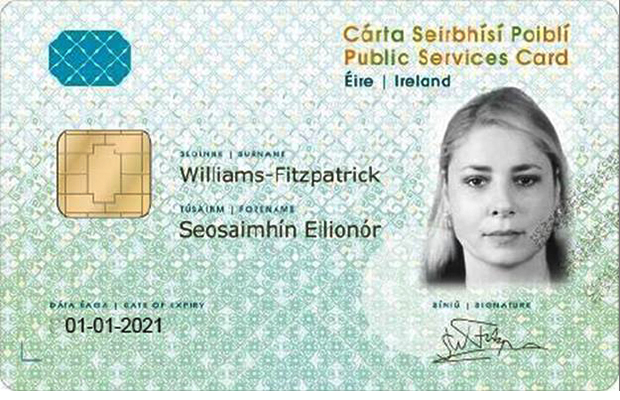 The commissioner's office on Wednesday said it had requested that the Department of Social Protection publish a comprehensive list of questions and answers relating to the public services card project.

“The questions include such matters as: how the legislative provisions set out in the relevant Social Welfare Acts, which have been cited to the Data Protection Commissioner as the legal basis for the PSC, provide a robust legal basis for what is now being implemented across the public sector, beyond public services provided by the Department of Social Protection?”

The card scheme, and associated data sharing in the public sector, have created controversy in the past week after The Irish Times reported that an elderly woman's pension had been cut off by the department because she refused to register for the card.

In total, the money withheld is about €13,000. The woman said she had felt “bullied” by officials and that no one could demonstrate to her that registering for the card was mandatory.

The commissioner’s office also said it had asked the department to confirm how the data collected as part of the issuing of the cards is secured.

Mr Varadkar pointed to the benefits of the card and insisted its purpose has been highlighted over a number of years.

“I would never dismiss concerns from the Data Protection Commissioner. It is important that data is being held about people is held securely and those who have access to it can only use it in a certain way.”

EU gives Ireland two months to halt peat-cutting or face court
My doctor wife and I couldn’t buy the house we wanted. So we moved abroad — and life is much better
Why do parents allow children to continue doing homework when they can just opt them out?
‘I hate my fans. I hate being famous. I hate my job’: Anthony Bourdain’s last, painful days
Liz Truss implosion throws DUP plans into disarray

Jennifer Zamparelli doesn’t normally censor herself. Then she reaches a line she won’t cross

Ford plays matchmaker in the interest of retaining talent

If Bolsonaro loses Brazil’s election, will he step aside?

Champions Clontarf primed to begin the defence of their AIL title