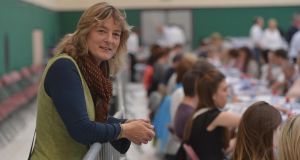 Fianna Fáil’s poor strategy in organising its Seanad campaign has resulted in the loss of one of its four seats on the Agricultural panel.

Despite his higher vote Ms O’Sullivan, a former Irish surfing champion, took the seat because of complicated Seanad rules.

Under the regulations, four senators must be elected from “inside” and four from “outside”, with three seats from either on this panel.

More outside than inside candidates had been elected, in part because of poor Fianna Fáil voting discipline, and the inside candidate for the Greens won out as a consequence on the last count.

Sinn Féin’s highly disciplined voting, on the other hand, ensured that one of its candidates, Mayo councillor Rose Conway-Walsh topped the poll and was elected on the first count, while her party colleague and outgoing Senator Trevor Ó Clochartaigh was elected on the second count with her transfers.

The party also topped the poll on the Cultural and Educational vocational panel election, when Cllr Fintan Warfield was elected on the first count on Monday.

Despite the lack of support from her party colleagues she almost won a Dáil seat. She was selected again for the Seanad but failed to garner the support of sufficient party voters.

“It’s human nature,” said a party member of the resentment felt by councillors who had “done their apprenticeship” and been elected locally first.

But it is an embarrassing defeat for Fianna Fáil who had the best local election results in 2014, followed by Sinn Féin, as it is the 941 councillors who make up the vast bulk of the electorate of 1,155 on the vocational panels, along with the 158 TDs and 53 members of the outgoing Seanad (seven other senators were elected to the Dáil).

The party’s Senator Paschal Mooney also lost his seat but Cllr Paul Daly was also elected for the party, while Senators Denis O’Donovan and Brian Ó Domhnaill retained theirs.

Former Kildare North Fine Gael TD Anthony Lawlor, who lost his Dáil seat in the general election, was unsuccessful in his attempt to be elected to the panel as was his party colleague former Tipperary TD Noel Coonan.