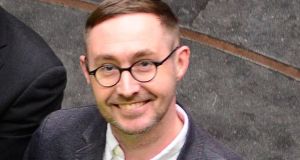 Fianna Fáil has said it is not “wedded” to the idea of introducing a national rent freeze but will back a Sinn Féin Bill calling for such a move.

The Bill from Sinn Féin’s housing spokesman Eoin Ó’Broin is before the Dáil this week and will be voted on in the House on Thursday.

It is set to command majority support in the Dáil with the backing of Fianna Fáil, Labour, the Social Democrats and others.

Fianna Fáil housing spokesman Darragh O’Brien, however, said the Bill has faults and needs further work at committee stage of the legislative process.

The Bill is unlikely to come into effect before the election. And the Government could seek to block it using a so-called money message which allows the Taoiseach of the day block Opposition Bills that would involve a charge on the exchequer.

Mr Ó’Broin’s proposals would mean the introduction of an immediate rent freeze on all existing and new tenancies, other than those on social housing supports, for three years. The Dublin Mid-West TD said it is an emergency proposal for an emergency situation.

His Bill also calls on the Minister for Finance to commission a report examining the “structure and costs of introducing a refundable tax relief for all new and existing tenants in the private rented sector equivalent to eight per cent of annual rental costs, to run in parallel with the temporary rent freeze”.

Sinn Féin is contesting claims that a money message could block the Bill because of the call for an examination of a tax relief.

Mr Ó’Broin said “rents in the private rental sector have got completely out of control”. The rent freeze is “absolutely an emergency measure” that would have to be complemented by increased capital investment in housing.

A Government source said the Fine Gael-Independent coalition is not “ideologically opposed to any solution to help tenants while protecting supply” but said there is no evidence to show a rent freeze has worked.

It was also noted by those in Government that research from the Economic and Social Research Institute shows that rent-price inflation in rent-pressure zones “has fallen relative to other areas in the order of 2-3 per cent and now cover 68 per cent of tenancies”.

It is further argued a freeze would affect supply, would be unconstitutional and would treat housing assistant payment landlords differently.

“This Bill needs a lot of work,” he said. “I am not certain in its current format that it would actually be fully workable. We are not wedded to a rent freeze but we are certainly open to looking at, to allowing the Bill go to committee, to carry out detailed pre-legislative scrutiny, particularly around the area of what are the risks of any unintended consequences.”

1 ‘Insane’ gathering of hundreds of students in Galway condemned
2 Irish, German and Italian contact-tracing apps to be linked in bid for ‘safer’ travel
3 Prepare for six to nine months of Covid-19 restraints, warn health officials
4 US election: Everything you need to know about Tuesday’s presidential debate
5 Speed and distance of Covid-19 droplets tracked by Mater researchers
Real news has value SUBSCRIBE