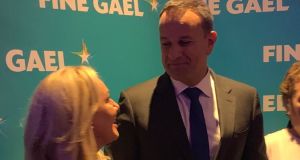 Taoiseach Leo Varadkar has nominated an additional female candidate to run on the Labour vocational panel in the Seanad election which takes place in a postal vote between March 16th and 30th.

A Sinn Féin councillor has been excluded from the Agricultural panel because of insufficient qualifications.

The Seanad will also be recalled next week, most likely on Friday, March 20th, to pass emergency social protection legislation to ease the existing rules governing sick pay.

Fine Gael Cllr Mary Seery Kearney, who represents the party in the Rathfarnham-Templeogue area on South Dublin County Council, is now a candidate because there are an insufficient number of contestants on the Labour panel.

The deadline for final nominations passed on March 2nd. However, in a quirk of the complex Seanad election regulations there is a requirement that there must be two more candidates on both “inside” and “outside” panels than the maximum number of candidates who can be elected on each side.

Under the 1947 legislation, the Taoiseach is required to nominate a candidate if there are not enough contestants on individual panels. Cllr Seery Kearney was selected from the Dublin South Central constituency where Fine Gael has no Dáil representation.

The party had been criticised for the dearth of female candidates on the Fine Gael ticket and eyebrows were raised at the surprise omission of former Fine Gael Dublin Bay South TD Kate O’Connell.

There are 11 seats on the Labour panel and while there were eight “inside” candidates, by law there must be nine, as well as nine outside candidates. For an inside nomination a candidate must have the signature of four TDs and/or Senators on their nomination papers. More than 100 civic society organisations representing sectoral interests can make an “outside” nomination.

Separately, Sinn Féin Cllr Paul Hayes from Cork South West was excluded as a candidate on the Agricultural panel because of insufficient qualifications or expertise.

Cllr Hayes said on Tuesday he had been informed last week that there were concerns about his qualifications for the panel and he submitted additional paperwork.

However, he was unable to attend an adjudication appeal on Monday to be conducted by a panel including a High Court judge and the Clerk of the Seanad. The panel reviews the suitability of all candidates for the relevant vocational panels.

Cllr Hayes, who had contested the general election, said “outside” nominating body the Irish South and West Fish Producers Organisation had approached him about running and nominated him as they felt there is insufficient representation of fishermen in the Seanad.

He is a member of the local authority coastal management committee and has been part of delegations to Brussels representing fishermen, but he accepted the decision that while he had knowledge of the area he did not have sufficient practical expertise.