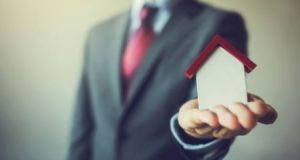 Increasing the threshold would diminish the amount of tax payable on inheritances, many of which are mainly comprised of the family home. Photograph: iStockPhoto

Increases in the threshold for inheritance tax – promised in the programme for Government – have not yet featured in budget negotiations, according to sources involved in the process, and Fine Gael sources are concerned that effective reductions to inheritance tax may be postponed.

Increasing the threshold would diminish the amount of tax payable on inheritances, many of which are mainly comprised of the family home.

After an intense lobbying campaign by Fine Gael backbenchers a pledge to increase the threshold was included in the programme for government, and last year the then minister for finance Michael Noonan raised the threshold by €30,000 to €310,000.This means that the first €310,000 of an inheritance from a parent is tax free.

However, the programme for government commits the administration to steadily increase the threshold to €500,000, so further increases this year would be required to maintain the progress.

“People will not be able to afford to inherit their parents’ home,” said one south Dublin Fine Gael TD. Although Fine Gael TDs have lobbied strongly on the issue in the past, the increase in the threshold has also been supported by other parties.

However, sources say the subject of the tax has not featured prominently in budget discussions so far, although TDs are likely to voice their concerns in the coming days.

Meanwhile, the Oireachtas Budget Scrutiny Committee agreed its draft report on Tuesday following several weeks of hearings. The draft report calls for the fiscal space to be expanded by €1 billion by amending the way the figure is calculated.

The committee, chaired by the Fine Gael TD Josepha Madigan, heard evidence from both Ibec and Ictu which suggested that it was possible to use different calculations, taking account of the huge 26 per cent jump in Ireland’s GDP in 2015 (effectively set aside by the Government) which would allow the fiscal space to be increased by €1 billion and still stay within EU rules.

The draft report also recommends that Ireland postpone the target of next year to achieve a broadly balanced budget until 2019. This would give the Government further scope in drawing up its budget.

However, political sources conceded that neither of these recommendations were likely to be adopted by the Government.

The committee also recommended that the VAT rate for hotels, reduced to 9 per cent by Mr Noonan early in his tenure, could be increased but only in cities, where hotels are reporting high occupancy rates.

The committee also insisted that for next year’s budget it should be consulted and furnished with budgetary and economic information much earlier.

The committee was set up to improve Oireachtas involvement in the budgetary process last year. However, delays in setting up an independent Oireachtas budget office meant that the committee’s role in the budget process was severely constrained again this year.

Budget meetings are continuing over the coming days as Minister for Finance Paschal Donohoe seeks to agree a package of measures with his Fine Gael colleagues, the Independents in Government, and with Fianna Fáil, whose abstention is needed for budget measures to pass.