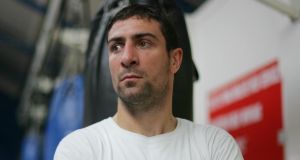 Mr Egan, who claimed a silver medal in the 2008 Olympics, has apologised after it emerged he did not restrict his movements when he returned from a boxing event in Essex in early August.

Under the Government’s Covid-19 public health guidelines, individuals who travel from countries that are not on the green list, such as Britain, must restrict their movements for 14 days when they arrive in Ireland.

In a statement , Mr Egan said he wanted to “sincerely apologise” for breaching the guidelines upon his return to Ireland.

“It simply should not have happened. I made a big mistake and I am sincerely sorry for it,” he said.

Mr Egan added that to “defeat this pandemic”, all should obey public health guidelines.

“Public representatives have an even bigger responsibility to do so and I failed in this regard,” he said.

“Consequently, I am resigning the Fine Gael whip on South Dublin County Council. ”

Mr Egan said he wanted to apologise to everyone, but “most importantly to the public and communities I have been elected to serve.”

“The fight against Covid-19 continues. I wish everyone every success in this ongoing battle,” he added.

Mr Egan travelled to the UK on August 9th, as part of the coaching team for Irish pro-boxer Eric Donovan, who was competing in a boxing event called “Fight Camp”. He flew home to Ireland on August 15th, according to a tweet on his Twitter page.