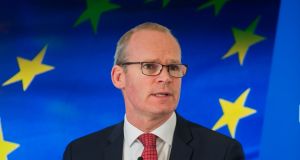 A Fine Gael titan, Simon Coveney (47) was the preferred leader for the grassroots of his party and, as Tánaiste, may yet get there.

With a high profile and praise for his performance in the Brexit saga, he is also an effective Dáil performer, a quick thinker when faced with difficult questions, earnest, policy driven and ambitious.

From Cork’s so-called merchant class and a sailing and rugby fan, in his school years he was expelled from Clongowes for partying and drinking.

He served as minister for agriculture from 2011 to 2016 in a happier time for the sector, then spent just a year as minister for housing, when a controversial pledge to end all B &B and hotel emergency accommodation spectacularly backfired.

Luckily for him he exited the portfolio to the loftier brief as Minister for Foreign Affairs.

He came to politics in a 1998 by-election following the death of his father Hugh Coveney.

He successfully ran for the European Parliament in 2004 but returned to the Dáil in the 2007 general election.

Coronavirus: HSE braces for possible peak of Covid-19 cases in mid-April 13:16
Man who allegedly spat at garda and said he had coronavirus due in Cork court 10:49
Irish flight bringing PPE from China due in Dublin in afternoon 10:29
Coronavirus: Sweeping powers with fines of up to £5,000 come into force in North 07:56
Leading Northern Ireland lawyer in critical condition because of coronavirus 22:12