Eight ways for Labour to give itself a chance of revival 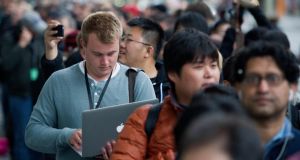 It may well be too late to save Labour. But if the party has any remaining will to live, there is a package of immediate measures that could give it a fighting chance.

The task is obvious enough: re-establish Labour as a social democratic party with a recognisable and distinctive identity. It is very difficult to do that within the current Government but not entirely impossible.

Here are eight things a new Labour leadership must do if it is to retain, with a lot of additional luck, a chance of emerging from the next election as a viable party. Taken together, these mild measures are an absolute minimum – they do not require departure from Government or even from the fiscal parameters laid down by the troika.

3. Set down as an unalterable principle that the effect of the next two budgets must be progressive

A new Labour leader could do two things. One is to insist that the distributional impact of the next two budgets be independently determined in advance, not six months later when it is too late. The second is to make an absolute commitment that the next two budgets will not only be progressive in themselves but that they will ensure that the overall impact of all budgets in the lifetime of the Government is similarly weighted in favour of the worst off.

6. Put together a specific, time-limited plan for breaking

as a “special case” has done immense damage to Labour. It should put forward a plan through the European Socialists and Democrats group which, if Labour goes down, will lose its presence in Ireland.

7. Get real about democratic reform

It could move quickly to regain the initiative: scrap the unconstitutional Economic Management Council to reduce the influence of unaccountable advisors, put all the recommendations of the Constitutional Convention to a referendum, democratise the Seanad, create real local democracy, and establish an electoral commission.

These are not revolutionary ideas: any functioning social democratic party would already have implemented them. And if they’re acted on, they wouldn’t guarantee that Labour will not be wiped out at the next general election. But they would at least mean that it could contest that election as something vaguely recognisable as a Labour party.