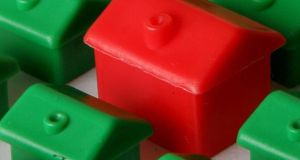 Following extensive lobbying in recent weeks, Minister for Finance Michael Noonan has decided to amend the date of commencement to ensure that small contractors are not left without work in the period prior to Christmas.

The introduction of the new tax incentive for home improvement work has been brought forward from January 2014 to tomorrow.

The change will be included in the Finance Bill due to to be published today. The Home Renovation Incentive is one of the major job stimulus schemes announced in the budget and will entitle homeowners to claim more than €4,000 in tax relief on renovation and maintenance work carried out in their homes.

However, because the new scheme was not due to commence until the new year, many contracts with construction companies were cancelled or postponed as homeowners opted to wait until after January 1st before starting work.

Small contractors
Following extensive lobbying in recent weeks, Minister for Finance Michael Noonan has decided to amend the date of commencement to ensure that small contractors are not left without work in the period prior to Christmas.

The change is the only major adjustment to the budget announcements that will appear in the Finance Bill.

The Department of Finance said that there would be very little detail or substantive proposals in the published Bill and that any major changes or proposals will be made at committee stage in the Dáil.

Speculation has mounted that there might be a measure to encourage philanthropy that would mean wealthy tax exiles gain some additional rights of residence in Ireland in return for substantial donations to help boost jobs and investment.

Committee stage
However that will not appear in today’s document, although it is possible it might be introduced at committee stage.

One of the changes is PRSI to be levied on rental and dividend income. This was a measure from last year’s budget, the introduction of which was delayed. When Minister for Social Protection Joan Burton announced last year that PRSI would be levied on indirect incomes such as rent and dividends, the Coalition decided to introduce it on a staggered basis. Last year PRSI was extended to private practice income of consultants and as from January 1st next year all income from rents and share dividends will now be subjected to PRSI.

Another measure is an easing of conditions for those over 62 receiving jobseeker’s payments. Jobless people who refuse to seek work or undergo training are liable to forfeit some payment. But Ms Burton has decided it would be unfair to apply those sanctions to unemployed people over 62 who are close to retirement age.