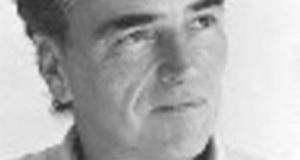 The playwright and author Aodhan Madden has died aged 67. A member of Aosdána he was born and raised in Dublin’s North Circular Rd, the third youngest of seven children.

He twice won the the Oz Whitehead award for drama in 1984 for Remember Mauritania and in 1985 for Private Death of a Queen. In 1985 he won the Herald Tribune Award for Best Play in the Dublin Theatre Festival of that year for Dosshouse Waltz.

His screenplay Night Train (1998), directed by John Lynch, won the best actor award for Sir John Hurt at the Verona Film Festival in 1999 and was nominated as best European feature at the Brussels Film Festival that same year.

His memoir Fear and Loathing in Dublin was published in 2009. It details his struggles with depression, alcoholism, acceptance of his homosexuality and his close relationship with his father Jim.

It also includes a hilarious if disputed (by some) account of his years as a journalist with the Irish Press newspaper in the 1970s, wherein he wrote: “The subs desk in the Press was like a home for terminal eccentrics. They were mostly middle-aged men in varying stages of mental and physical disrepair. Some had stopped talking to others years before.”

In an article for this newspaper published in August 1996 he wrote of the Dublin where he grew up: “This was the old northside, home turf of James Joyce, Sean O’Casey, Brendan Behan and Austin Clarke. It was still the Joycean northside of an old middleclass, now beleaguered by the onset of bedsitland. Elderly spinsters sipped tea in the windows of the North Circular Road, contemptuously aloof from the country students partying in the basements below. But their world was whimpering to an end in great draughty drawingrooms.”